Dec. 11, 2020—Thorough documentation has been published by Hamilton scholar Michael Newton and the pseudonymous Philo Hamilton, ripping apart the fallacies in the recent essay by Jessie Serfilippi labeling Alexander Hamilton an “enslaver.” The question is: Will the accusers recant? 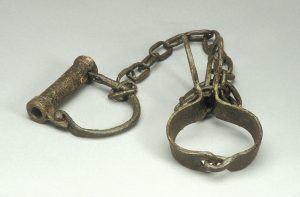 So far, to the knowledge of this writer, there has been no substantive response from Serfilippi or the host of mainstream media outlets which rushed to publicize her charges without any attempt to verify their accuracy. The New York Times, Time magazine, and even the Smithsonian magazine, wrote articles that basically reiterated Serfilippi’s charges without a serious investigation into the substance of the matter.

Unfortunately, this was as predictable as it is shameful. One might have thought the New York Times would have thought twice, given the blowback it suffered in respect to the 1619 Project.  But apparently not.

But the Schuyler Mansion, a facility run by the New York State Parks Department, and the employer of interpreter Serfilippi, has so far shown no inclination to back down.

This author entered the fray on Dec 2, writing a letter to the editor of the Albany Times-Union, which had published a promotional piece on Serfilippi on Dec. 1. My letter (see pdf here) was published under the title “Recent Essay on Hamilton and Slavery Lacking” on Dec. 9. The text follows:

I am the author of the book “Hamilton Versus Wall Street, The Core Principles of the American System of Economics,” and also manage a blog called AmericanSystemNow. I have studied Alexander Hamilton for more than 40 years and am following the debate on his record as closely as I can.

Regarding Jessie Serfilippi’s essay purporting to prove that Hamilton was an “enslaver,” upon reading her document, I was appalled by her assertions claiming that Hamilton’s involvement in slavery was “essential to his identity, both personally and professionally,” but more perturbed that she gave short shrift to his involvement in the mission of the New-York Manumission Society, which was, in fact, to abolish slavery. He was even the author[1] of a resolution calling on members of the society to free their slaves — a resolution that was defeated.

Of primary importance to readers, however, is the publication of a detailed expose of the fallacies, misstatements, and outright errors of Serfilippi’s work that has been published by Hamilton scholar Michael E. Newton and the pseudonymous Philo Hamilton. Readers should be aware of this document, which can be accessed at https://tinyurl.com/yxj3yvke. DiscoveringHamilton.com is Newton’s blog.

It is to be hoped that there will be more publicity of the now-updated Newton/Philo Hamilton document, and serious discussion of the substance. Such a dialogue would surely lead the accusers to recant.

The issue is extremely important, precisely because Hamilton’s role in establishing our political economy and establishing the American System are vital to our future today. As part of further discussion, I recommend my own evaluation that Hamilton’s economic principles themselves aimed to eliminate slavery, and that it was the defeat of those principles which led to the tragedy of the Civil War.

[1] More precisely, Hamilton was a member of the committee which proposed that resolution. It is not confirmed that he wrote it.