Wall Street Speculators Out of Control!

Oct. 31, 2019—The Oct. 28 column in Wall Street on Parade revealed new evidence of the way in which Wall Street speculation, especially by JPMorgan Chase, is threatening the U.S. financial and economic system. I quote:

But here’s the shocking news. According to its SEC filings, JPMorgan Chase is partly using Federally insured deposits made by moms and pops across the country in its more than 5,000 branches to prop up its share price with buybacks. The wording in the filing is as follows:

“In 2019, cash provided resulted from higher deposits and securities loaned or sold under repurchase agreements, partially offset by net payments on long-term borrowing … cash was used for repurchases of common stock and cash dividends on common and preferred stock.” (emphasis added)

To put this in direct language, what JPMorgan Chase is admitting is that it is using its commercial deposits to bid up its stock price, pumping up the Wall Street bubble, and further lining the pockets of those executives who are paid in stocks. This is activity that would be banned under any sane regulatory regime, as it was under FDR’s Glass-Steagall law and previous Securities and Exchange Commission rules. (The practice only became legal in 1982.) 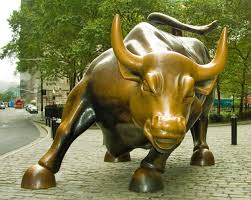 The scope of JPMorgan Chase’s buybacks is staggering: more than $17 billion since the first part of this year. That’s $17 billion that could have been used to invest in industry, small business, infrastructure, and other productive enterprises – but it was used to inflate the stock market instead. As of July, the total amount of stock buybacks underway by all listed companies was expected to reach $1 trillion this year. (Recall that JPMorgan Chase CEO Jamie Dimon lauded the prospects of massive stock buybacks coming out of the 2017 tax bill as QE4.)

Our first Treasury Secretary Alexander Hamilton had a term for this kind of activity, which he encountered both during the war and his term in office. As early as 1792, Hamilton faced a huge speculative attack on the New York markets, which was aimed at disrupting the workings of the First National Bank, and the stability of the nation’s financial system. This excerpt from a letter he wrote to Philip Livingston on April 2, 1792 gives you a flavor of his view:

I observe that certain characters continue to sport with the Market & with the distresses of their fellow Citizens. ’Tis time there should be a line of separation between honest Men & knaves; between respectable stockholders and dealers in the funds, and mere unprincipled Gamblers. Public infamy must restrain what the laws cannot.

This spirit must be cultivated among the friends of good government and good principles. The relaxations in a just system of thinking, which have been produced by an excess of the spirit of speculation must be corrected. And Contempt and Neglect must attend those who manifest that they have no principle but to get money. (emphasis added)

As I argue in my book Hamilton Versus Wall Street: The Core Principles of the American System, Hamilton not only opposed financial speculation, but he provided a means for dealing with it. His solution was the creation of his funding system and its necessary complement, the First National Bank of the United States.

The purpose of that Federally-supported commercial bank was to transform non-performing debt into productive credit – that is, credit that would be invested in the support of commerce and construction of a prosperous nation. Contrary to many of Hamilton’s detractors, his intent was not to enrich the nation’s creditors, but to create a system by which their monies were channeled into industry, agriculture, and commerce.  We don’t want people enriching themselves off instability, or shortages of credit, or even keeping their monies idle in the bank, Hamilton argued in his Reports on Public Credit (collecting interest as they do, I might add.) That money should be put to work for the benefit of the nation, while providing a reasonable return for the investors as well.

Hamilton delivered a polemical address to the electors in New York State in 1801, which contains a pithy description of this process, in answer to anti-Federalist attacks on his system:

Those who may have been accustomed under some of the state governments, to gamble in the floating paper, and when they had monopolized a good quantity of it among themselves at low prices, to make partial legislative provisions for the payment of the particular kinds, would very naturally be displeased with a fixed and permanent system, which would give to the evidences of debt a stable value, and lop off the opportunities for gambling speculations; but men who are sensible of the pernicious tendency of such a state of things, will rejoice in a plan which was designed to produce and has produced a contrary result.

What have been the effects of this system? – An extension of commerce and manufactures, the rapid growth of our cities and towns, the consequent prosperity of agriculture and the advancement of the farming interest. All this was effected, by giving life and activity to a capital in the public obligations, which was before dead, and by converting it into a powerful instrument of mercantile and other industrious enterprize.

We make these assertions boldly, because the fact is exemplified by experience, and is obvious to all discerning men. Our opponents in their hearts know it to be so. (emphasis added)

It Can Be Done

Hamilton’s approach to providing credit to the U.S. economy did not eliminate the speculators, of course. They have continued to attack and undermine his system throughout our history. But the principles behind Hamilton’s economics (the American System) were successfully put into effect repeatedly – in the Second National Bank, the Lincoln Administration, and FDR’s administration, most notably – and built our nation into the industrial giant which it was 50 years ago. Government-backed credit was generated for the huge strides in technological progress, and laws were passed to curb the speculators – the “unprincipled gamblers” – who had refused to invest in the industry, infrastructure, and innovation we needed. 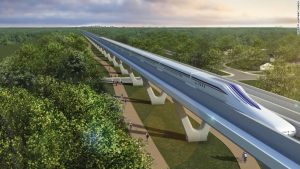 An artist’s conception of a maglev from D.C. to NYC. But who will invest in it?

Could the trillions of dollars now tied up in the global casino be channeled into productive investment today, to help us meet the multi-trillion dollar deficit in our infrastructure, invest in the next generation of nuclear power plants, and launch us into a new era of high-speed rail?  Can we take a page from Hamilton’s reports, and create a productive economy again?