Time to Go to the Mattresses! A Review of Elizabeth Warren’s This Fight is Our Fight

This Fight Is Our Fight: The Battle to Save America’s Middle Class

Aug. 29–In her newest book, This Fight is Our Fight, released in April of this year, U.S. Senator Elizabeth Warren tells her story of America from the time of Franklin Roosevelt to the current Presidency of Donald Trump. She passionately recounts the destruction of the middle class, by weaving a powerful narrative from the stories of three Americans with her own. She details the decline in America since the 1970s, and contrasts this with the economic miracle of Franklin Roosevelt who rescued the nation from the Great Depression. She tells the heart-wrenching stories of hard-working Americans, who saw their dreams destroyed by the greed and corruption of Wall Street. Focusing on the 2008 crash, she shows how people lost everything they had worked for their entire lives. Her story revolves around the lives of a Walmart worker, who loses her job due to the collapse of unions; a DHL delivery man who loses his home and job due to the 2008 crash; and a student whose dreams are snuffed out with $90,000 in student loans. 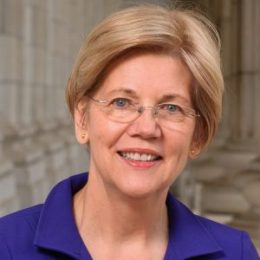 This story is personal to her. Her family lived through hard times, and she was raised in the early 1950s in rough circumstances in Oklahoma. They were able to survive because of FDR’s commitment to a government that worked for the people, and had created a system whereby even poor citizens could make something important of their lives. She compares her situation growing up in poverty and escaping it, to the present. Today a minimum wage cannot keep pace with inflation, forcing many people to work three jobs just to survive. Warren points out that in the 1970s, savings were 11% of take-home pay (less than 1% of disposable income). Today savings have been cut by two-thirds, and debt has multiplied fifteen times. She makes it clear: “The game is rigged.”

What also shines through the book is Sen. Warren’s great love of teaching. She got into politics later in her life, after she got her law degree, but she spent much of her time in the classroom. She describes her great thrill as a teacher when she evoked and witnessed the “joy of discovery”. Her passion to provoke creative insight in others was a major reason why she spent most of her career in education. She clearly recognizes the need for education and opportunity for all of our citizens, and has sadly watched both dwindle over time.

People’s lives have become “lives of hell,” burdened with debt or a crushing workload. Forty million people owe $1.4 trillion in student loans, which can’t be refinanced or written off in bankruptcy, so they begin their careers behind the eight ball. At the other end of the spectrum, people over 65 have seen personal bankruptcies increase four-fold since 1991. For fifteen million seniors, Social Security stands between them and poverty. She presents the irony that people live longer, but now they work until they drop! Half of all families have zero savings. As the middle class disappears, the fastest growing age group is 65 and over. One in three people over 65 still holds a mortgage, with the amount jumping 82% in a decade. If you combine low wages with less savings and higher debt, it spells disaster. Her book is a call to arms for the nation to act now, or watch itself disintegrate.

Warren’s hatred for Wall Street is palpable. She loves FDR’s attacks on “the privileged princes,” and the “economic royalists.” She even “welcomes their hatred.” “If my job ever depends on pleasing a couple of billionaires, I’ll quit,” she wrote.

In 2016, when the Wells Fargo scandal hit, Warren got her chance. Wells was fined $185 million for opening fake accounts in their customers’ names and charging fees on those accounts, i.e. cross selling. Did any executives go to prison? Not yet, but five thousand $12/hour employees were fired. At the time, Wells Fargo was worth $250 billion. Warren stepped up to the plate. In Senate hearings, she took great satisfaction in forcing John Stumpf, Wells Fargo CEO, to ultimately resign and give up his bonuses. Her interrogation was tough, “You haven’t resigned. You haven’t returned a nickel of your personal earnings. You haven’t fired a single senior executive. Instead, your definition of `accountable’ is to push the blame to your low-level employees who don’t have money for a fancy PR firm to defend themselves. That’s gutless leadership.”

She commented on this case: “The lesson I took from all of this? Government matters. On days like the one when I asked the CEO of Wells Fargo some hard questions, the answer is clear. Yes, it makes a difference.”

The Senator is sickened by the growing poverty in the nation compared to CEOs making tens of millions of dollars. She asks, “What happened to a better life for everyone?” She contrasts how we used to think as Americans during the FDR-JFK years; we fought disease, we protected the elderly, we went to the moon. Now, we have no future, Social Security is threatened with disappearing, and the economy is rigged to reward corruption. Warren even had the temerity to confront President Barack Obama, when he said, “The economy is not as rigged as you think.” Warren’s response: “Yes, it is. It’s worse.” 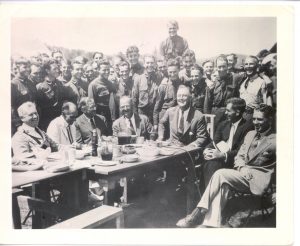 Warren then outlines the measures taken by FDR to rein in Wall Street, including the creation of Federal Deposit Insurance, and the accompanying Glass-Steagall legislation. She praises the role of the Securities and Exchange Commission, which was created to police Wall Street stock markets. As readers know, Warren’s fight for Glass Steagall and the Consumer Financial Protection Bureau (CFPB) has been central to her political career. The CFPB was created personally by Warren as an amendment to the Dodd-Frank Act, to protect consumers from the kinds of malevolent frauds typified by the current crimes of Wells Fargo and others

She depicts the stark difference between the role of government after the 2008 crash, and the thinking in the 1930s. In the latter the government acted to promote 50 years of prosperity; in the former the result has been growing suffering and hardship. With federal stewardship of the General Welfare, we had educational opportunity with the GI Bill, money for schools and universities, and funding for infrastructure. But there were also investments in the future, viz., research, science and technological innovation.

Warren is also a big supporter of unions, which helped build the middle class during the Roosevelt era. By the 1950s, one third of workers had union cards. Unions built solidarity based on a moral and economic commitment for all. Her unquestionable conclusion is the role of government is critical in order to level the playing field. With government action, America grew richer, and by 1960 America had produced an economic miracle. We built the greatest middle class on earth. From 1947-85, middle class income rose by 65%. From 1935-80, the lower 90% got 70% of all economic growth. There was shared prosperity.

Warren dates the shift in policy away from growing the economy to the advent of the Nixon Administration. One thing she highlights is the role of Lewis Powell, head of the U.S. Chamber of Commerce and later Supreme Court Justice, who fought for deregulating the government controls. In the category of “shocking but true,” Powell actually argued in August 1971 that the “American business executive is truly the forgotten man.”

In addition to promoting deregulation, Nixon also introduced the Milton Friedman-sponsored “magic of the marketplace” mantra, where the only magic is the quick lifting of your wallet. This lead directly to the advent of “trickle down” economics under Ronald Reagan’s magician Treasury Secretary and former Merrill Lynch Chairman, Donald Regan. The only beneficiaries of this fraudulent largesse–which we might call “wealth transfer”–were the sharks on Wall Street. In 1980 the ten biggest banks controlled one-third of the assets in the banking system. By 2005 the percentage rose to 60%. Now, it’s off the charts.

During the Reagan years, the Administration fired the cops on Wall Street, anti-trust enforcement slowed down, and deregulation was the order of the day. One predictable result of this nefarious policy was the collapse of the Savings and Loan industry, a casualty of trying to compete on an uneven playing field with the big Wall Street behemoths. Deregulation won out, combined with the brutal austerity policy overseen by Federal Reserve Chair Paul Volcker. The race to the bottom was on.

Take-Down of Glass-Steagall, the 2008 Crash, and the Aftermath

Elaborating the contrived merger of Citicorp with Travelers Life Insurance in 1999, Warren ridicules the move as the final straw in the take-down of the Glass Steagall Act. This was followed by the Commodities Modernization Act in 2000, which legalized all derivatives trading, best called weapons of mass destruction. The inevitable crash was just around the corner, when, in 2005, Warren went on a crusade demanding re-regulation of the financial system. She wrote articles, gave speeches, and she even met with the Office of the Comptroller of the Currency (OCC). In a self-indictment, these cowards blurted out that “we can’t do anything; the banks won’t like it.”

The 2008 crash occurred, changing everything. Twenty-six million people couldn’t find a full time job, 9 million lost their homes, thousands of businesses shuttered, and the bailout cost the taxpayer $10 trillion or more. The collapse hit the poorest hardest. According to Senator Warren, blacks and Hispanics were 70% more likely to lose their homes during the 2005-2009 debacle. Despite all that, no banker went to jail, and there was even more deregulation.

The other result of the 2008 crash was that Americans’ were overcome by rage and fear. Over the past decade it has grown to a fevered pitch. The result of the policies set into motion from Nixon onward has been the rapid deterioration of the country, and the virtual elimination of the middle class which was been created by the Roosevelt policies. The increasingly “forgotten men and women” now hate what has been done to their country. They no longer trust the government. They alternately blame Wall Street and the Congress for their woes (although rarely themselves).

Taking off the Gloves 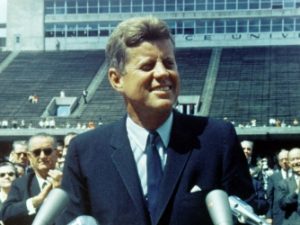 Throughout the book the Senator asks the right questions and insightfully hearkens back to the best period in the nation’s recent history—-that of Franklin Roosevelt—as a model. And she has made a significant contribution by introducing, in both this and the last session of Congress, legislation for a 21st Century Glass-Steagall Act. That bill, S. 881, currently has eight cosponsors.

The biggest problem is that she fails to adequately answer that plea. Understandably, as a relative newcomer to politics, with a strong grounding in banking law and related subjects, but not real American history or economics, she does not fully grasp the magnitude of the problem or the solution. What is needed is a powerful commitment to launch a continuously developing industrial economy, one based on increasing platforms of newer and more energy dense infrastructure and related technologies. And as under John Kennedy, a model she can relate to, the nation must have a powerful nest of science driver programs to “up shift” the economy. These must include a vigorous space program and frontier breakthroughs in areas such as fusion energy.

Warren questions the legitimacy of a government that crushes people’s dreams. “What kind of a country does that? What kind of country makes the rich richer, and screws everyone else?” She rightly concludes that the people must take the government back. Her final paragraph states, “Our country’s future is not determined by some law of physics. It’s not determined by some preordained path. It’s not even determined by Donald Trump. Our country’s future is up to us. We can let the great American promise die or we can fight back. Me? I’m fighting back.”