The Indispensable Role of Mathew Carey

Sept. 14, 2020—As I am preparing for a class series on my book Hamilton Versus Wall Street, as well as a presentation at the Treasury Historical Association on Sept. 23, I have been struck once again with the importance of Mathew Carey in carrying forward the Hamiltonian American System. An Irish émigré patronized by both Benjamin Franklin and the Marquis de Lafayette, Carey had a more than 50-year career as an editor and political organizer in Philadelphia. His role was clearly indispensable in preserving and promoting the ideas which built the American industrial republic. 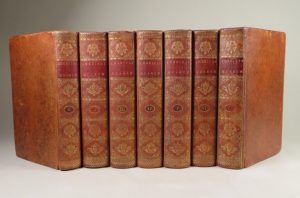 As I discussed in my 2019 post Carey Revived Hamiltonian Economics, the key turning point came in the immediate aftermath of the War of 1812, when Carey issued a lengthy pamphlet entitled The Olive Branch. In that work, which was reprinted and revised multiple times, Carey undertook to reunite a badly polarized country behind the ideas required to create a prosperous United States.

The following dedication from the opening of Carey’s 1820 edition, The New Olive Branch, gives you a sense of the spirit:

To Those Citizens of the United States whose expanded views embrace the kindred interests of agriculture, manufactures, and commerce;

who believe that national industry is the only estimable source of national wealth and prosperity;

with Dr. Franklin, “that industry in all shapes, in all instances, and by all means, should be promoted;”

with Thomas Jefferson, “that manufactures are now as necessary to our independence as to our comfort;”[1]

with Alexander Hamilton, “that the independence and security of our country are materially connected with the prosperity of its manufactures;”

who are all opposed to the policy of lavishing the wealth of the nation to support foreign governments and foreign manufacturers, and impoverishing our own country and our fellow citizens;

who hold the sound doctrine, that nations, like individuals, must suffer distress and misery when their expenses exceed their income; and that a policy which converts a large portion of our citizens into hucksters and retailers of foreign productions, instead of producers for home consumption, is radically unsound; and finally, that the ruinous experiment we have made of our present system for five years, points out with a pencil of light the important truth put on record by Lord Chatham “that if any thing can prevent the consummation of public ruin, it can only be new councils; a sincere change, from a sincere conviction of error;”

this work is respectfully dedicated.”

But Carey’s work began long before 1820, and it is to that process that I want to call your attention. I am specifically referring to Carey’s work as editor of the monthly magazine American Museum, a seminal publication which he founded in 1787.

Crucial background on the role of the American Museum was presented in a lengthy, highly informative piece posted just yesterday in Adam Levinson’s blog statutesandstories.com. Levinson starts off with a detailed discussion of Carey’s publication and its role in the political discourse of the late 1780s and early 1790s. He goes from there to fill out the story which has long been buried by American historiography.

Here is the link to this fascinating, fact-filled post: https://www.statutesandstories.com/blog_html/the-american-museum-the-first-magazine-to-print-the-constitution/