The Constitution and Slavery: The Missing Economic Dimension

A Book Review by Nancy Spannaus

No Property in Man: Slavery and Antislavery at the Nation’s Founding

March 5, 2019—I can say without hesitation that anyone writing about the history of slavery in the United States should read this book. In his detailed presentation of the Founders’ treatment of slavery, Professor Wilentz explicates what he calls a “great paradox” in the U.S. Constitution, which means, in his view, that it can’t be simplistically characterized as either pro-slavery or anti-slavery. The reality is, he says, that while the Constitutional framework permitted slavery to continue, and even strengthened the weight of the slave-holding states in the national government, that same document provided the means for overturning this evil.

The key, he asserts, was the refusal of the Constitutional Convention to concede that slaves were property, and thus subject to the guarantee of property rights which the Constitution generally asserted. James Madison’s Notes of Debates in the Federal Convention of 1787, not released until the 1840s (and after editing by Madison), explicitly stated that it would be wrong “to admit in the Constitution the idea that there could be property in man.” For that reason, Wilentz argues, the Founders insisted that all references to slavery in the Constitution referred to slaves as “persons.” 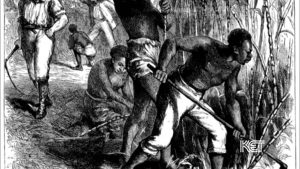 A semantic quibble?  Not really. As Wilentz elaborates on the debates in the Convention, and how they were continued up until the outbreak of the Civil War, the Constitution’s refusal to explicitly assert the property rights of slaveholders served as the basis for abolitionist forces to launch intense battles to limit, and ultimately end slavery. No lesser figures than Frederick Douglass and Abraham Lincoln insisted that the wording really did matter, and that implementing the Constitution, taken as a whole, meant eliminating slavery.

There is a significant dimension in this slavery-antislavery conflict missing in Wilentz’s book, however. One of the most powerful, even indispensable, means for defeating the slavocracy was the drive by the Federalist leadership around Alexander Hamilton, George Washington, Ben Franklin, and their allies to transform the United States into an industrial nation. Fostering manufacturing, uniting the nation with canals and railroads, and promoting science and technology were central aims of the economic architecture and credit institutions created by Hamilton under the Washington Administration. Had Hamilton’s system been fully implemented, the inhuman and economically inefficient practice of slavery would very likely have died out in the early 19th century.

I will return to that argument later, after a bit fuller summary of Wilentz’s presentation of the battle.

The 1780s had seen an upsurge in anti-slavery activity throughout the colonies (with five colonies having begun the process of abolishing it), Wilentz notes. This  had put the slave states on the defensive, and they fought hard at the Convention to protect their “right” to slavery. As a result, they

came away from the convention with provisions that enlarged the slaveholders’ power in national politics, above all the three-fifths clause, and protected their peculiar property in state laws, above all the fugitive slave clause [Article IV, Section 2, Clause 3-ed.]. With that power, presumably, slaveholders would thwart any national lawmaking regarding slavery that lacked their approval—or so they could have hoped. Yet although it recouped a twenty-year ban on congressional abolition of the Atlantic slave trade, the Lower South failed to prohibit the national government from exercising any authority whatsoever over the slave trade and by extension over slavery. Less dramatically but even more importantly, the convention, in taking every step possible to make certain that the Constitution excluded property in man, rendered slavery a wholly local institution, the creature entirely of state laws.

Both abolitionists[1] and the slaveholders claimed victory, and pressed their cause forward in such a way as to try to erase the gains of the other side. Thus the abolitionists loudly hailed the Constitution’s clause authorizing the abolition of the slave trade after 20 years; an article in the Pennsylvania Gazette correctly noted that the United States thus became the first Christian nation to authorize abolition of that evil. They equally counted as positive the fact that the Constitution tacitly upheld northern (state) emancipation. And most importantly, in addition to maintaining the references to slaves as persons rather than property, they had maintained the principle of Federal jurisdiction over the issue of slavery—both in terms of the trade, and in terms of what would be done in Federal lands—with the hope that expansion of slavery would be cut off, and the evil with it. 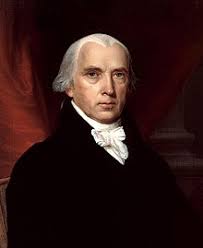 On the other side, the slave states counted as victories their increased representation in the Congress and the Electoral College, the extension of the slave trade for 20 years, and the vague agreement calling for return of persons “held to Service or Labour” who fled to another state. As time went on, they became more insistent that this latter agreement, in particular, meant that their “property rights” in slaves were protected in the Constitution, and that the Federal government had no right to interfere with these “rights,” including in the Federal territories.

The intense political battles over these conflicting interpretations culminated legally with the Dred Scott decision, which was a decisive turning point. Wilentz puts it cogently:

Before Dred Scott—no matter the numerous concessions made to the slaveholders, and no matter even the mythology surrounding the fugitive slave clause—slavery had been deemed a legal institution only where it was so authorized by local law. That is, slavery had been tolerated by but not sanctioned in national law, just as the framers had decided in Philadelphia. In Dred Scott, though, the Taney Court declared slavery was legal everywhere except where it was prohibited by local law, with Congress powerless over the matter. The decision as Republicans saw it, turned the Constitution inside out: whereas the Federal Convention had implicitly rendered slavery local and freedom national, from now on, by judicial decree, freedom would be local and slavery national.

The conflict had reached the point of Civil War.

There was a crucial element in the history of the young United States that could have shifted the battle lines dramatically, and perhaps allowed us to avoid the Civil War—an element which Wilentz ignores. That element was the nature of national economic policy.

Bluntly put, if the American System policy of Alexander Hamilton, John Quincy Adams, Mathew Carey, Henry Clay, and their allies had been carried out, the slave plantation system would have met an early death. The American System called for promoting manufacturing, building modern infrastructure, increasing technology, and investing in increasing the productive powers of labor. It was the antithesis of a “cheap labor” policy, of which slave labor is merely the most extreme example. And, in fact, it was when such American System policies were in effect, that the U.S. economy grew by leaps and bounds—not due to slavery. 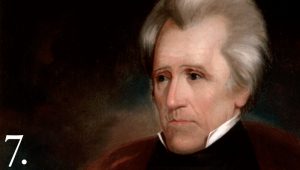 Economist Henry Carey elaborated this argument at length in his writings; he argued that it was especially the policies of the Jackson Administration—under which the policies of protection and national banking were destroyed—that were responsible for the strengthening of the pro-slavery forces, and thus the Civil War. Wilentz makes a glancing reference to Carey’s argument as “discredited” (referring, in particular, to the abandonment of the tariff), but by doing so he is bowdlerizing Carey’s argument by reducing his broad American System policy to just the tariff.

Hamilton’s American System, which was explicitly anti-slavery as well as pro-industry, was constantly sabotaged over the period following the Washington Administration. The Jefferson Administration was hostile to Federal support for industry and infrastructure, and—until forced into restoring the Bank of the United States by the devastation of the War of 1812—so was Madison. Their economic policies perpetuated slavery and pushed for its expansion. This was the exact opposite of the policies of their fellow slave-holder, George Washington, who was fighting to establish an industrial republic to replace a slave-based society.

The omission of this economic dimension is crucial to be corrected today. Returning to an American System approach to addressing the problems in the U.S. and world economy is a sine qua non for redressing the social evils of society, including the legacy of slavery and the Civil War.

[1] Wilentz uses the term abolitionists to characterize those who so described themselves, even if they were gradualists.  I have followed this practice.