This is part two of a four-part review of Robert Gordon’s The Rise and Fall of American Growth: The U.S. Standard of Living Since the Civil War, an extremely useful book on the nation’s physical economy. Click here  for Part I.

Technological Innovations and the Special Century 1870-1930

Gordon dates the generation of the hundred-year breakout period to the driving-in of the Golden Spike in Utah on May 10, 1869, to connect the Transcontinental Railroad. This event signaled the culmination of the great rail and transit breakthroughs of the preceding decades and the science-driver program that linked the nation and sparked massive technological optimism. Historian Stephen Ambrose said of the Transcontinental Railroad: “There was nothing like it in the world!” It was the biggest infrastructure program ever attempted and completed by mankind; the biggest companies in the country carried it to completion. It was accompanied by the construction of the modern telegraph system, also spanning the continent, which announced to the world the completion of the rail line as it was happening. The Civil War was the point of transformation of the country which led to the breakthroughs Gordon enumerates in the book.

Gordon identifies three industrial revolutions over the past two centuries which drove the nation’s economy. The period 1770-1820, the First Industrial Revolution, was based on the development of the steam engine, and its offshoots, the railroad and steamship. It also coincided with the shift from burning wood to coal as the energy source. A critical result of that was the creation of the iron and steel industries. This upward shift in “energy-flux density” typified the first revolution (See Ben Deniston, “Energy Flux-Density,” EIR, Oct. 25, 2013). 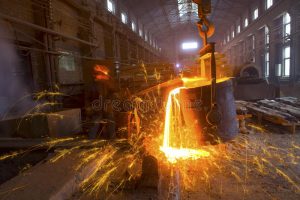 The first industrial revolution saw the emergence of the iron and steel industry. (dreamstime)

The Second Industrial Revolution, 1870-1920, was characterized by two major breakthroughs: the development of the internal combustion engine, and the development and utilization of electricity.

The Third Revolution for Gordon occurred from 1970 to the present, and encompasses the breakthroughs in the information, communication, and entertainment industries. This latter “revolution” was the weakest of all, and its impact on productivity petered out after 2004.

The Second Revolution is elaborated in detail by Gordon for much of the first section of the book. He develops what we call the industrial, infrastructural, and consumption/standard of living aspects of the period. The best way to comprehend the overall transformation in these areas has been emphasized in Executive Intelligence Review and other locations as the creation of a new “infrastructure platform.” The platform of the early 19th Century revolved around the harnessing of steam power, and spin-offs such as steamships, steam-powered rail, and the advent of coal and related energy sources.

Gordon maintains that the internal combustion engine and electricity drove the Second Industrial Revolution, and that is fine as far as it goes. What was erected was a new platform with a higher energy throughput generated by electric power, water management, new modes of transportation generated by internal combustion engines, and even the early appearance of air travel. Gordon’s focus is on electricity and engines, but he does attempt to fill out the framework. He paints a vibrant picture of the impact of new innovations on both the production and consumption sides of the economy.

Central to the new industrial expansion was the application of electricity to most walks of life. The advent of electric lighting changed everything from household appliances to industrial applications. The first, and perhaps most extraordinary development, was the lifting the veil of darkness from daily existence. Prior to the wide availability of the electric light bulb, homes, offices, factories, and farms went virtually dark (relying candlelight or kerosene lamps, at best), from the sunset till sundown. Electric lighting and power changed all that forever.

The second revolution saw the emergence of widespread electrification. (dreamstime)

By 1920, electric lamps were 10 times brighter than kerosene and 100 times brighter than candles. As the technology developed, prices declined. In 1900, 3% of American homes had electric lights, and by 1912, 16%. From 1902 to 1915, the annual output of electric power doubled every seven years, and every six years from 1915 to 1929. From 1910 to 1960, electricity utilization doubled every decade. Soon, a raft of new devices made their way into the economy, including refrigerators, toasters, irons, vacuum cleaners, washers and dryers, and more. On the industrial side, electricity began to power factories and then machinery, tools, etc. By 1940, 79% of America had electric lighting.

Developments in transportation were equally impressive. The United States had 60,000 miles of rail in 1870; from 1870 to 1900, railroad mileage increased by a factor of five. The nation laid 20 miles a day of new track and built seven transcontinental rail lines. Railroads and telegraph lines went hand in hand, and as a result, new cities sprung up, and older cities grew in stature. Not only did rail transport people, it also began to carry freight. With the addition of refrigeration and modernization, cargos could be transported cross-country in shorter times, while perishable goods from the West could find their way to the East Coast in record times.

From 1870 to 1930, Chicago became the fastest growing city in the world. Rail hub for the nation, Chicago boasted in 1905 that 14% of all rail mileage in the world went through the Windy City. The development of diesel engines in 1934 sped up the process. Urban transit also made enormous strides from the turn of the 20th Century onward. In 1887, Frank Sprague was hired by the city of Richmond, Virginia to design an electrified trolley car system. It began operation in 1888, and was a great success. Within two years, more than 200 electrified streetcar systems were in operation throughout the nation. In 1890, there were 1,260 miles of electric streetcars, and it tripled by 1902. Growing congestion gave way to the development of subways, with Boston building the first two-mile network in 1897. The first New York subway opened in 1904, and it quickly became a model system for the country.

The advent of urban mass transit dramatically altered the economy and increased the productive powers of the population. In so doing, it replaced the horse-powered system of the previous decades. Horses had been the mainstay of the rural and urban economy until the turn of the 20th Century.

The other major invention which transformed the standard of living and the massive increase in productivity was the internal combustion engine. The automobile and its offshoots–tractors, buses, trucks, etc.–made an immense impact on the economy. In 1908, there were 8,000 cars registered in the U.S., and by 1930 there were 27 million (this discontinuity that is not even discussed in GDP statistics at the time!). 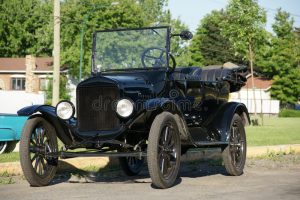 Highlighting the transformations introduced by the Ford Motor Company, Gordon puts the spotlight on the Model T, with its lightweight design, ability to handle dirt roads (which endeared it to farmers), and low cost. The Highland Park, Michigan Ford auto factory, which opened in 1910, was the first to employ vertical integration, producing most of his parts on site, cutting costs all around. In 1913, Ford introduced the mass-production assembly line, which revolutionized the labor process. Production costs fell rapidly; the price of the Model T fell 80% between 1910 and 1923. In 1923, the Model T controlled 55% of the market, producing and selling 1.8 million vehicles.

Automobiles transformed both urban and rural life. Cars, trucks, and tractors rapidly replaced horse power. By 1924, the 6.5 million farms in the country were outfitted with 4.2 million automobiles, 370,000 trucks, and 450,000 tractors. In 1909, comparable figures were zero!

This directly contributed to a large increase in productivity on farms. Output increased, time spent on planting, harvesting, marketing, and other activities was reduced. By 1910, the total power created by automobiles exceeded that of all farm animals. By the 1930s, modern air travel had begun. The continued development of the internal combustion engine established it as a mainstay of the American economy; by 1929, the United States was producing 6 million engines of all types per year, roughly 80% of the world output. This immense capability would be deployed on a vast scale when the United States entered World War II.

In The Rise and Fall, Gordon places great emphasis on the improvement in overall living standards, which, in turn, helped to create a workforce capable of utilizing the more advanced technologies being introduced into the economy. The author makes no distinction between the productive/manufacturing operation of the economy and its impact on the standard of living.

In addition to electrification, an area of critical importance was the development and installation of clean water systems in workplaces and homes. Not only did this make available water for household chores, firefighting, industrial activities, etc., but also brought about a reduction in waterborne diseases, such as typhoid and dysentery. Central heating added to the improvement in living standards. 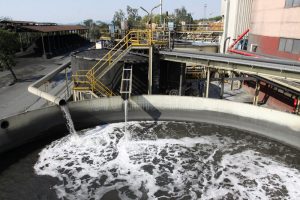 Another transformation occurred in hospitals, which were breeding grounds for disease. The discovery by Joseph Lister of antiseptics and their widespread use, coupled with the revolution in biology initiated by Louis Pasteur, highlighted by his germ theory of disease, significantly improved the safety of hospitals. Pasteur’s discoveries spawned development of a raft of vaccines for many diseases, including diphtheria, pneumonia, typhoid fever, scarlet fever, and later, tuberculosis and polio.

The major consequence of these developments was an increase in life expectancy and a decrease in mortality rates, especially infant mortality, which declined precipitously from 1890-1950 as life expectancy similarly rose. Infant deaths per 1,000 was 215 in 1880; by 1950, the rate was 27 per 1,000. Life expectancy for white males in 1900, was 47 years and black males 33 years. By 1940, that had risen to 62 and 53. Gordon attributes the discrepancy for black males to the impact of slavery and later Jim Crow laws.

The large increase in lifespan and total population directly contributed to the growth in GDP, and more importantly, to productivity. People lived longer, better, and were moving out of menial jobs into productive jobs. By 1940, 57% of the population lived in urban areas, up from 25% at the turn of the century.

In his summary of this landmark rise in living standards, Gordon slams the inadequacy of Real GDP as a measuring tool. The standard of living between 1870 and 1940 tripled. Gordon says that real GDP fails to capture the quality of that change. Electric light bulbs were brighter and longer lasting; the variety and freshness of food also improved. Fresh meat and vegetables could be transported by electric-powered, refrigerated rail freight cars. Real GDP does not account for this.

Nor does Real GDP account for declines in price and availability of automobiles during the first third of the 20th Century; motor cars were not included in the Consumer Price Index until 1935! Real GDP does not account for the fall in infant mortality rates, from 22% per 1000 births in 1890 to 1% in 1950. Neither does it account for the change from the 70-hour to a 40-hour work week by the 1930s.
Real GDP does not account for any of the changes inside the home: clean running water and sewage lines, indoor toilets,-electric powered washers and dryers, etc.

All of this provides prima facie evidence that the growth rate of real GDP in the years covered by part I of this book, 1870-1940, is substantially understated in all available measures … research has thus far been confined to individual output categories. The value of railroads compared to canals has been estimated at 3% of real GDP/year…. Though no studies have been carried out for a wide range of other inventions of the same period, including the value of the invention of electricity and internal combustion engines, it is not difficult to imagine an omitted value to economic growth amounting to 100% of GDP growth. In fact, Nordhaus estimates the value of increasing life expectancy in the first half of the twentieth century roughly doubles the growth rate of the standard measure of consumption expenditures.