April 9, 2018–In the face of Congressional dereliction of duty on the question of energy policy, more states are moving toward action to prevent the shutdown of their most productive producers of electric power, the nuclear plants. So far, only Illinois and New York legislatures have taken action to prevent precipitous shutdown of this energy source (at least in the short term), while proposals in other states have been stalled by action of free market ideologues or misguided environmentalists. As a result, more than a dozen of the nation’s 99 nuclear plants (which produce 20% of the nation’s electricity) are headed for oblivion, with the attendant loss of high-paying jobs and energy security. 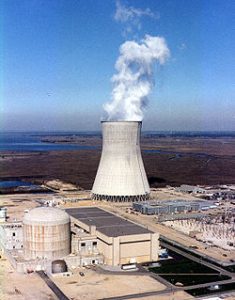 In recent days, however, there have been significant moves to reverse this insanity. A bill to provide $300 million in state subsidies to keep open three nuclear plants in New Jersey is now expected to pass this week, according to AP. Those three plants provide a whopping 40% of the electric power to New Jersey.

In Minnesota, a bill has been introduced into the Senate which would allow Excel, owner of that state’s three nuclear plants, to recover the costs of needed upgrades and maintenance, which would keep the plants running until 2033. The two reactors at the Prairie Island Nuclear Generating Station generate about 20% of the electricity used by Excel for customers in the Upper Midwest region.

And in Ohio, where FirstEnergy has asked for emergency Federal action to prevent the shutdown of its nuclear plants, Democratic gubernatorial candidate Dennis Kucinich has launched a campaign targeting the deregulatory regime that has led to the threatened close-down of the two nuclear plants under threat. “Ohio’s economy cannot absorb the shock of taking existing nuclear utilities off-line in a deregulated market,” said the historically anti-nuclear Kucinich. “The phase-out period must be extended in order to create a soft landing for Ohio’s economy and for the workers.”

As a recent Forbes article reported, Kucinich understands that the nuclear plants are being run out of business by cheaper natural gas, and highly-subsidized renewables, like the unreliable wind and solar. He points to the risk of becoming dependent on gas. “The gas industry’s price-cutting is only temporary. Once they drive out the competition, we can expect sharp increases, which will adversely affect all Ohio energy consumers, residential, commercial and industrial ratepayers and create a drag on the economy.”

These rearguard actions are no substitute for the Federal action required: a return to FDR-style regulation of the energy industry, and an all-out mobilization to build new, 4th generation nuclear fission plants, and their necessary successor, thermonuclear fusion.