Oct. 4–On September 26, President Donald Trump told a bipartisan group of lawmakers that he was convinced that PPPs—public-private partnerships—were not the way to go in rebuilding the nation’s collapsed infrastructure.

The devastation of the recent hurricanes has put the issue of infrastructure at the center of national concern. In the first act of genuine bipartisanship in decades, Trump struck a deal in early September with Senate and House Democratic leaders Sen. Charles Schumer (NY) and Rep. Nancy Pelosi (CA), to approve billions of dollars in emergency relief, an extension of the federal debt ceiling, and continued funding of government operations into December.

Now, Trump is facing the biggest test of his presidency: Will he go beyond his rejection of PPPs and institute a genuine Hamiltonian national infrastructure bank, in order to rebuild America’s crumbling railroads, highways, dams, bridges, power grids and water systems?

The September 26 discussions at the White House were attended by members of the House Ways and Means Committee, the tax-writing group in the House of Representatives. According to accounts from several Democrats who were present, and later confirmed by the White House, Trump responded to a question from New York Democrat Brian Higgins about his infrastructure investment plans, by stating that the PPP approach “doesn’t work.” 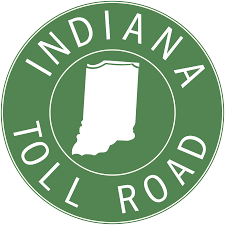 According to Higgins, the President “dismissed it categorically.” A second Democrat, Rep. Terri Sewell of Alabama, confirmed this account. A White House official, choosing to remain anonymous, then told reporters from Bloomberg News and the Washington Post that the President had decided PPPs were “not the silver bullet for all our nation’s infrastructure problems.”

Higgins, who represents Buffalo, New York, introduced his own infrastructure investment bill, the “National Build Here at Home Act,” in May 2017. It would allocate $1.26 trillion for infrastructure projects and, according to Higgins, create 2 million new productive jobs.

Advocates of the public-private partnership approach were, according to Bloomberg, devastated by news of the President’s decision. Ironically, on the very day Trump was trashing the idea of PPPs, his Special Assistant for Infrastructure D.J. Gribbin was across town at the Mayflower Hotel, delivering a paean to the virtues of the Ross-Navarro plan, a draft policy paper produced during Trump’s Presidential campaign, which centered on PPPs and investment tax credits. Gribbin had come to the White House from Macquarie Capital USA, the North American affiliate of Macquarie Corporation of Australia, one of the pioneers in PPP infrastructure schemes.

Some Democrats have jumped at the prospect of a successful bipartisan plan for infrastructure investment. On September 28 Democrats on the Senate Environment and Public Works Committee wrote to Transportation Secretary Elaine Chao, asking for a meeting to discuss bipartisan strategies for getting an infrastructure bill through Congress promptly. The letter followed the drafting of a memorandum, circulated inside the committee, which called for $500 billion to be invested over the next ten years in highway improvements. The committee’s ranking Democrat, Thomas Carper of Delaware, spoke out on the need for a bipartisan approach to the issue.

The stakes are enormous. The American Society of Civil Engineers has warned that unless the United States invests $1.4 trillion in infrastructure over the next decade, the country will lose 2.5 million jobs and see its GDP decline by $3.9 trillion. The ASCE also calculates that the cost to households from a failure to improve the nation’s infrastructure would be $3,400 per household each year in 2016-25.

In his meeting with the Ways and Means Committee members, Trump cited the recent case of the state of Indiana, which in June 2017 was forced to rescind a contract with a private consortium hired to build a section of Interstate 69, after the contractor, Isolux Corsan of Spain, failed to meet deadlines and cost estimates. Indiana had to take over the project only 60 percent completed, and absorb the consortium’s debt. The original deal was brokered by Macquarie in 2006.

The fact that PPPs don’t work is nothing new. Some of the most pressing infrastructure needs of the United States are in impoverished rural areas, where the idea of charging tolls and other fees to cover the costs of building new roads, is preposterous.
There is no alternative to a classical Hamiltonian approach, in which the Federal government invests in infrastructure to improve the long-term productivity of the entire economy. Even at current historically low interest rates, commercial financing of long-term infrastructure projects will not work, and it never can. The appropriate alternative is the establishment of an infrastructure bank to be capitalized by deposits of U.S. Treasuries currently held by the Federal Reserve System. Private industry would participate in this context.

Over time, the bank would issue trillions of dollars in long-term bonds, offering a four percent yield. The interest payments would come from a 25-cent increase in the Federal gasoline tax, a tax which has not changed since the 1970s, and has become 40 percent less burdensome, due to inflation, over that half-century. (See the bank proposal now circulating in Congress by clicking here. )