RESOLVED, That we, the members of the 133rd General Assembly of the State of Ohio, in adopting this resolution, urge the United States Congress and the President of the United States to enact legislation that, in order to prevent American taxpayers from being called upon to fund hundreds of billions of dollars to bail out financial institutions, would reinstate the separation of commercial and investment banking functions that was in effect under the Glass-Steagall Act, prohibiting commercial banks and bank holding companies from investing in stocks, from underwriting securities, and from investing in or acting as guarantors to derivative transactions… 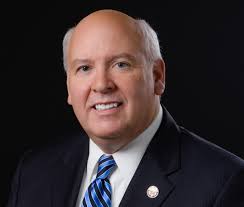 The Ohio Memorial comes at a time when new alarums are being raised about the state of the U.S. banking system, due to the enormous bubble in corporate debt and in derivatives bets. A hearing held by the House Financial Services Committee’s subcommittee on Consumer Protection and Financial Institutions on June 4, elaborated on the danger being created by the huge increase in leveraged loans in the corporate debt market. The subcommittee memorandum issued at the hearing quoted Fed governor Lael Brainard from a speech in December 2018, in which he warned that 80% of the leveraged loans being issued had weak underwriting, and thus posed an increasing risk to the system.

At the same time, the apparent uptick in manufacturing over the first two years of the Trump Administration has begun to evaporate, as could have been predicted. In reality, only a multi-trillion-dollar program to upgrade and repair the basic infrastructure of the U.S. economy can bring about sustained growth in productivity and output in the manufacturing sector and the economy as a whole. The dithering, and worse, of the Congress and the Trump Administration on devising an infrastructure program and funding it with a National Infrastructure Bank, has had its logical outcome.

A return to Glass-Steagall is a necessary concomitant of such an infrastructure investment program. Those who want to refresh their memories as to why this is the case will find a compelling review of Glass-Steagall’s provisions in the May 28 edition of Wall Street on Parade.

Rep. Marcy Kaptur (D-Ohio) has introduced legislation (HR 2176) in this Congress to re-establish Glass-Steagall banking separation. The necessary legislation for a National Infrastructure Bank has yet to be introduced, despite growing support from state legislatures, Democratic Party organizations, and other civic groups around the country.