Nov. 5, 2017–On October 27, the C. William SWANK Program in Rural-Urban Policy released its findings on the drug epidemic ravaging Ohio and most states in a landmark study entitled “Taking Measure of Ohio’s Opioid Crisis.” The SWANK group consists of four Ohio State University Professors: Dr. Mark Partridge, SWANK Chair of Rural-Urban Policy; Dr. Mark Rembert and Dr. Bo Feng, both of the Department of Agricultural, Environmental, and Department of Economics; and Dr. Michael Betz, assistant Professor in the Department of Human Sciences. Their twenty-two page report addresses the costs of the Opioid Crisis, the Socio-Economic Characteristics of the Opioid Crisis, and Access to Opioid Treatment, with Conclusions and Policy Discussion. For the purposes of this article, I will focus primarily on the opioid crisis and its socio-economic roots, as a follow-up to my article from October 6, “Opioids Can’t Kill the Pain of 40 Years of Post Industrial Economy.”

While written in the appropriate jargon of academia, the new OSU report is nevertheless a searing indictment of the last 40 years’ take-down of the industrial economy of the nation. In reality, this was a deliberately engineered collapse which led lawfully, and predictably, to the outcome now strewn all around the nation: a human wreckage of narcotized bodies, barely qualified to work, and dropping dead at a worse rate than during the Vietnam War. This catastrophe must be attacked as if in war. We must eradicate the supply, treat the casualties, and uproot the underlying economic cause. 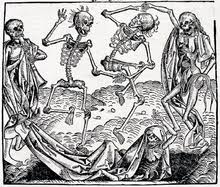 In the report, Partridge and Betz’s research shows a rise in drug overdose deaths among white, prime aged men with low educational attainment, living in areas of high unemployment. The study in this section includes the relationship between several economic, demographic and health factors. The study reports:

Labor market conditions have recently been shown to have a strong relationship to the rise in opioid overdose deaths. An Ohio County’s unemployment rate in 2010 is positively correlated with overdose deaths in 2015. Thus, counties that were economically struggling in 2010 were more likely to have high opioid overdose rates in 2015. Similarly, a higher labor participation rate in 2010 appears to be associated with a lower overdose death rate in 2015. Consistent with the public narrative, we find that counties that experienced a larger decline in manufacturing employment during the Great Recession had higher overdose rates in 2015.

Poverty is another factor often associated with drug overdoses . Our results suggest that counties with a higher poverty rate in 2010 had high rates of overdose deaths in 2015. (emph. added)

Partridge and Betz paint an honest picture, which is simply confirmed by the data. They lay out the scenario outlined in the Case-Deaton study on surging U.S. death rates, a scenario which leads inexorably to “deaths of despair,” which include alcoholism and obesity, as well as drug addiction.

Low skilled workers remember a time when their parents could support a family, buy a home, and have a valued place in society, with only a high school degree. There is a sense that this life is no longer available to low skilled workers in today’s American economy, as they are left behind by increasingly skilled work requirements. Such a realization, it is posited, leads to despair, drug use, and eventually overdose death.

It is hardly an accident that the formerly industrial state of Ohio is now the state with the most deaths per capita from opioids. Men of the baby boomer generation, but also tweeners who knew what was possible for the country, have been plunged into the “depths of despair.”

In looking at age span, the authors state that

Overdose deaths are concentrated within the prime working years for Ohio’s citizens, which will have increasing implications for the dynamism of Ohio’s economy. Also, worth noting, the male overdose rate is approximately double the female rate, which is consistent with national trends. (emph. in original)

Dance of Death—Unemployment and Massive Drug Use 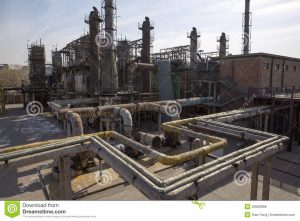 Partridge and Betz go on to ask provocative questions about the relationship between deindustrialization and the opioid crisis. They write that in addition to

unemployment and underemployment being linked to opioid use, labor market prospects have declined to those without a college degree. In 1965, high school graduates earned about 77% of college graduate salaries. By 2013 that had decreased to 62%. High school graduates now earn about 10% less than their counterparts in the 1960’s, after accounting for inflation….

Rural areas still lag metro areas in education, leaving them more susceptible to the overdose epidemic. Apart from education levels, rural areas have lagged metro areas coming out of the Great Recession, with slower employment and population growth, further creating conditions for high opioid use in non-metro areas. Ohio has largely followed those national trends. However, it is important to recognize that the opioid epidemic is not a singularly urban or rural issue. Montgomery County, part of the Dayton metro area, has the highest overdose rate in the state, and four of the ten counties with the highest overdose rates are rural.

The labor force participation rate in the U.S. has declined considerably since 2000 and has now reached a 40 year low. Some of this due to retirements in the baby boomer generation, but a significant share is from prime-age men leaving the labor force. Recent work on the connection between opioid use and labor force participation has found that half of the prime age men who are not in the labor force use pain medication daily, and nearly two-thirds of those use prescription pain medication. However, more research is needed to determine whether opioids are keeping prime-age men from the labor force, men who have given up hopes of meaningful employment have turned to opioids, or opioids have been prescribed to men experiencing legitimate pan that has kept them from working. (emph. added)

Ohio in particular has seen declines in manufacturing jobs over the past 40 years, but an even sharper drop since 2000, which is right about the time overdose deaths began to rise sharply. (emph. added)

The report’s findings attribute automation and outsourcing to be the source of the problem. It then concludes that “There are no quick fixes to the opioid crisis, but continued investment in education, skills, physical health, and mental health of Ohio’s citizens will yield healthier communities with less drug overdoses in the long run.”

How Despair Was Addressed in the 1930s

In March 4, 1933, the day that Franklin Delano Roosevelt took office, a similar despair swept the country. Though the visions of the social disaster at that time– of soup lines around the corners, unemployment at 25% or more–are no longer vivid in our minds, there is still a vague recollection that somehow the nation built itself out of that catastrophe. FDR knew that he must take revolutionary measures to address the needs of the “forgotten man”, or the country would disintegrate. He declared war on the emergency.

With millions of Americans feeling cast out from society today, and tens of thousands of people taking their own lives for lack of a future, similar measures must be applied.  While the lying “official” U.S. unemployment figures are hovering at 4-5%, the reality is that approximately 95 million working-age Americans have opted out of the work force. Those “lucky” enough to be employed are no longer employed in good-paying manufacturing jobs, but are holding 2-3 low wage service jobs.

FDR moved quickly to put people back to work, and in productive jobs, generally building much needed infrastructure. As part of the New Deal, for example, he created the Civilian Conservation Corps (CCC) within the first hundred days as a public work relief program that operated from 1933-1942. It provided employment for young men ages 17-28, ultimately encompassing 3 million. This is merely one FDR initiative that can be used today. 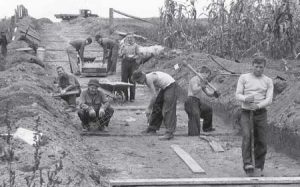 On April 27, 2017, Ohio Congresswoman Marcy Kaptur reintroduced her bill (H.R. 2206)  calling for a “21st Century Version of the Civilian Conservation Corps.” “A modern -day CCC could put millions of Americans to work within a matter of weeks . . . The CCC bill gives preference to unemployed veterans and unemployed Americans who have exhausted their jobless benefits. “

Wouldn’t this be the perfect vehicle to build the necessary infrastructure that we saw neglected by the damage of the recent hurricanes? It would be a great opportunity to get youth and others out of the drug-infested neighborhoods and back into the work force.

In addition to the CCC bill, Democrat Kaptur sponsored a bill with California Republican Rep. Steve Knight on Oct 12, 2017, calling for a NASA (National Aeronautics and Space Administration) Caucus, to give a “new voice for NASA’s innovation and job creation in Congress.” Coincidentally, the week that the bill was introduced, marked the anniversary of the launch of the first NASA Spacecraft, Pioneer 1, in 1958.

How We Used to Think as Americans

On May 25, 1961, President John F. Kennedy announced before a special joint session of congress the idea of sending an American to the moon. In Kennedy’s words, “Let it be clear, I am asking the Congress and the country to accept a firm commitment to a new course of action, a course which will last for many years, and carry very heavy costs.”

Kennedy went on to make his argument, “New objectives and new money cannot solve these problems…. Unless every scientist, every engineer, every serviceman, every technician, contractor, and civil servant gives his personal pledge that this nation will move forward, with the full speed of freedom, in the exciting adventure of space.”

On July 20, 1969, the first man landed on the moon. Ironically, at precisely this moment, the nation was already in the midst of a cultural paradigm shift, toward a post-industrial society. And we were hit with the first major wave of illegal drugs, which anesthetized the nation while its manufacturing base was being surgically removed.

Trump Punts on the Opioid Crisis

On November 8, 2016, Donald Trump was elected President of the United States by the American people, who believed that his main concern would be to provide jobs for our nation. They hoped he would address the needs of the forgotten man.

Virtually nothing of this type has yet been attempted, let alone accomplished.

Promises to build infrastructure have not yet been seriously discussed and or implemented, despite the wake-up calls from the hurricanes that devastated Texas, Florida, and Puerto Rico. An aggressive program to rebuild the hurricane-destroyed regions would be a crucial first step in addressing the real causes of the opioid epidemic, the lack of real employment.

U.S. military aid to Puerto Rico needs to be followed up with major infrastructure investment.

Last week President Trump declared a “National Public Health Emergency,” in regards to the opioid crisis, which allows for eliminating rules restricting drug treatment under Medicare and Medicaid, and will allow a shifting of resources to deal with the crisis. He also addressed the crucial question of a crackdown on drug traffickers, both “legal” (like the Sackler family) and illegal. But the President announced no new funding for health facilities or treatment, nor did he address the crucial issue—rebuilding the crumbling economy. However, the President and his accomplices in Congress did see fit to announce a new tax plan, which will put over $1 trillion in the hands of a variety of already rich corporate executives and tax cheats who hardly need the money.

Many people tout the bloated stock exchanges as a sign of a strengthening economic recovery. The only thing growing faster than the stock markets is the death rate due to drug overdoses.