Dec. 17, 2018—New revelations have come to the fore to dramatize one of the major arguments of this blog: namely, that free trade is nothing but a genocidal looting operation, as shown by the operations of the British Empire against India. 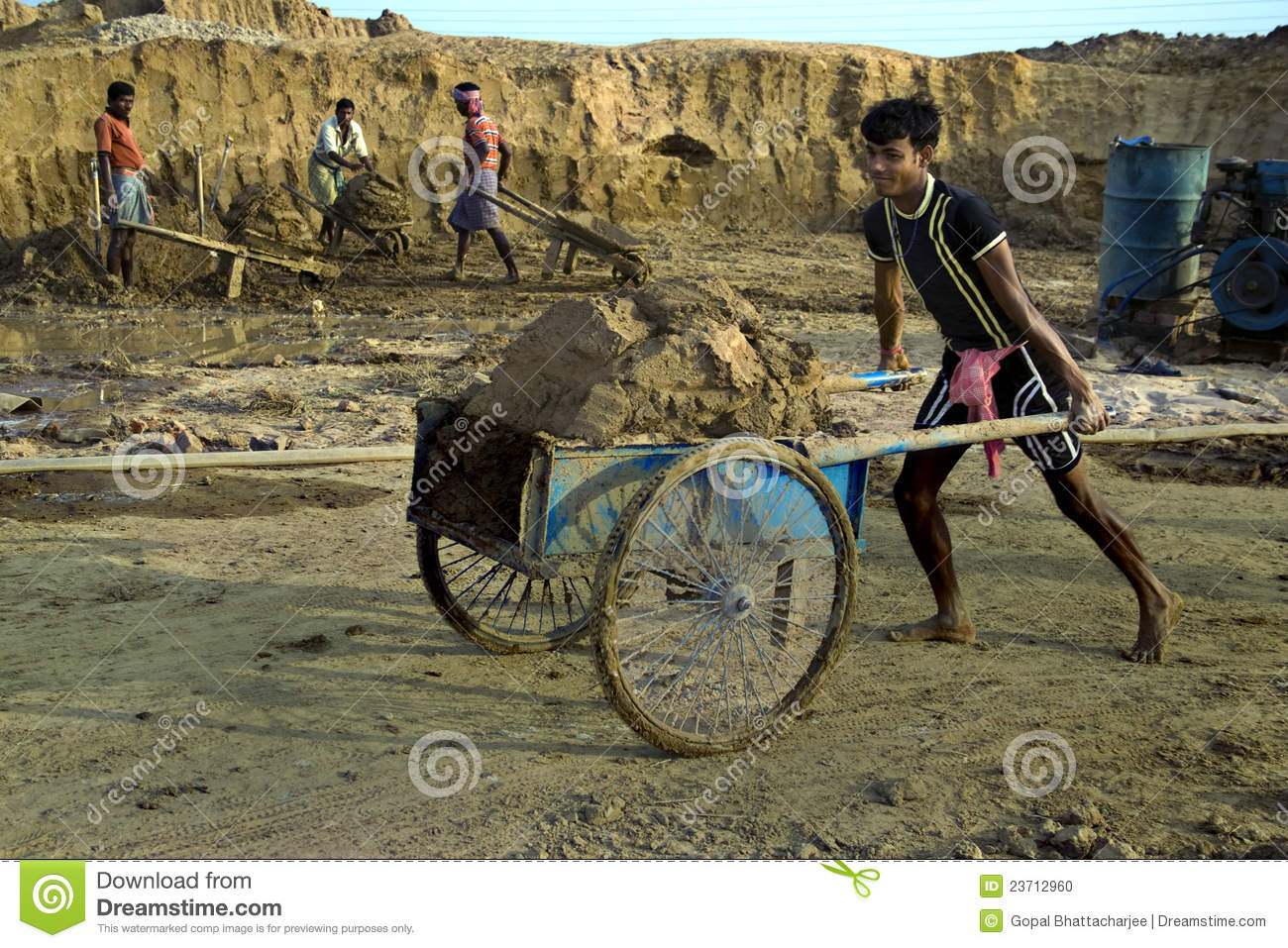 Indian manual labor, the epitome of what Henry Carey called the English System.

In March of this year, Columbia University Press published a book of essays by Indian economist Utsa Patnaik, which contained the startling conclusion that British imperial operations in India, between the years 1765 and 1938, extracted nearly $45 trillion dollars’ worth of wealth from its “crown jewel” colony. Patnaik’s argument is cogently explained in an article by British academic Jason Hickel, which was published by al-Jazeera on December 14.

Hickel starts with a summary of how the British East India Company—yes, the same one who was administering that tea tax in the American colonies–used its trade monopoly to loot India in the early years.  But he then describes how this looting process continued after the British Empire turned to “free trade.” This was done through British control of the credit system which the Indians had to use to carry out their international trade.  The result was increasing indebtedness for the Indians, who were unable to invest in the development of their nation, and widespread grinding poverty for the population.

Yet many people today believe that the British colonial system was a generous “civilizing” force in India and elsewhere.  Hickel counters:

Yet during the entire 200-year history of British rule in India, there was almost no increase in per capita income. In fact, during the last half of the 19th century – the heyday of British intervention – income in India collapsed by half. The average life expectancy of Indians dropped by a fifth from 1870 to 1920. Tens of millions died needlessly of policy-induced famine.

If you missed our recent post on the 1770 East India-engineered famine in India, and its impact on the American Revolution, you can find it here.

Why didn’t the American colonies suffer the same fate as India?  For that we can thank not only the more than 100 years old republican heritage of especially (but not only) the New England and Pennsylvania colonies, but also the extraordinary leadership of American revolutionaries like Benjamin Franklin, George Washington, and Alexander Hamilton. They forged an American System  which countered the British system sufficiently to allow the United States to emerge as the world’s pre-eminent industrial economy in the 20th Century.

That British System still lives, of course, although now primarily in the form of international institutions (as well as Wall Street and the City of London) enforcing free trade, financialization, deindustrialization, and fiscal austerity. It is being challenged by China’s Belt and Road Initiative, but no victory against it is conceivable without returning the United States to its American System principles once again.