Part 1 of a series

Sept. 5, 2021—In-depth historical research always brings surprises, and my ongoing work on my upcoming class series and book on Why American Slavery Persisted is no exception.  This short post will review one of them: the Carolinas colonies were the only British American colony established on the basis of a slave economy.

The relevance of that fact will be touched upon as well.

A Colony of Barbados?

As elaborated in many histories of the state, the Carolinas (and especially the portion of the colony that became South Carolina) began as a virtual colony of the British colony of Barbados. That poor Caribbean island had been taken by the British in 1627 and originally populated heavily by white indentured servants. But by 1640, the introduction of sugar production from Dutch Brazil and the difficulty of luring workers from England led to the island becoming a vast slave plantation worked by African slaves. 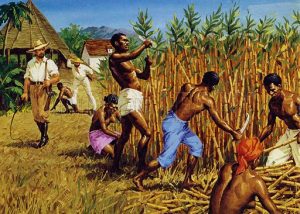 A depiction of slavery in the West Indies, most likely Barbados

Year by year, the proportion of the enslaved seized from Africa and imported to the island, grew; by 1660 there were slightly more Africans than Europeans, and the numbers continued to grow until they reached more than 2 to 1.

In 1661 Barbados’ legislature instituted a slave code which is considered one of the harshest ever enacted. It began by declaring the Africans to be of “barbarous, wild, and savage natures,” and therefore unworthy of treatment like other human beings, and goes on to set out in detail prescriptions for social control and punishments, including mutilation and burnings. Killing of African slaves, however, incurred no penalty whatsoever. No human rights for the enslaved were mandated.

By that same period, however, some of the British plantation owners, specifically Sir John Colleton and Anthony Ashley Cooper, the First Earl of Shaftsbury, finding their lands limited on the small island, decided to branch out to the American mainland. They received a land grant from Charles II, as a reward for their support in the English Civil War, and established the Carolinas, with the intent of replicating the very same plantation system there.

From the very beginning then, unlike any other colony, slave labor was the preferred source of labor in the Carolinas.  What was set up was an avowed feudal system, with a hereditary nobility and hereditary workers, both what were called leet-men (basically serfs, tied to the land) and outright slaves.

This system was elaborated in the lengthy Constitution of 1669, which was drafted by none other than John Locke on behalf of his patron, the Earl of Shaftsbury (a proprietor). In the midst of the detailed prescriptions for the governing hierarchy and land management, that Constitution explicitly stated in item #110 that any free man has absolute power over his negro slaves.[1] It is not surprising, then, that in 1696, the Carolinas enacted their own slave code, which was a virtual copy of that from Barbados.

While the 1669 constitution was superceded, beginning in 1698, and more democratic forms of government established, the vicious mentality toward Africans (and, I would argue, human beings in general) lingered on, especially among the elite.[2] 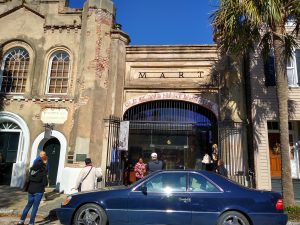 The Carolinian economy concentrated heavily on rice, rather than sugar; rice-growing was actually a skill which the enslaved Africans brought with them. Many of the slaves (as well as the planters) came from Barbados initially; as Charleston became a major port city, direct importation from Africa increased. By the early 1700s blacks began to substantially outnumber whites in the colony. In fact, South Carolina was the only colony to end up with a larger black population than white, reaching 60% by 1715.[3]

After a major slave revolt in 1739, South Carolina (the colony had been split into two in 1712) enacted a new harsher slave code, which is considered a model for that used later in other North American colonies. The 1740 law prohibited enslaved African people from growing their own food, learning to read and write, moving about freely, assembling in groups, or even earning money. It also authorized white enslavers, or any white citizen, to whip and kill enslaved Africans for being “rebellious.”

Clearly, slavery did not come to England’s American colonies in the Carolinas alone.  It has been documented to exist to some degree in all the colonies that existed before South Carolina was founded. But there are significant implications of this story for the development of slavery in the United States, and the current debate.

Most important is the contrast between the ideas of South Carolina’s founders and those of most of the other American colonies. No other colony had a constitution which codified slavery at its founding. In Virginia, it was not until 1662[4] that legislation was passed setting conditions for chattel slavery. Until then, and even for some time afterward, many blacks, including at least some of those brought to Virginia in 1619, were treated as indentured servants and able to buy their freedom. 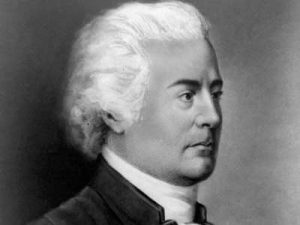 John Rutledge, the South Carolina politician in the Revolutionary Era who was most strident in favor of slavery at the Constitutional Convention.

Bottom line: There was never a consensus among the colonies on the existence and spread of slavery, but always a fight. And there were the starkest of differences between the economies and ideologies of the colonies on this issue. All of which gives the lie to the 1619 Project’s statement that the 1619 arrival of captured slaves at Point Comfort, Virginia “is the country’s very origin.”

Equally important is the light this history sheds on the role South Carolina played in the spread of pro-slavery ideology and practice in the other colonies and the nation as a whole. This played out fatefully in the 17-year fight which South Carolina waged against the ban on slavery in Georgia, a fight it eventually won. Georgia was unique among American colonies in officially outlawing slavery (a law was passed by Parliament in 1735) from the start, and yet its founders ended up outflanked by the powerful interests behind the South Carolina oligarchy.

I’ll have more to say on that in a future post.

[1] The Locke Constitution was in force until 1698, after which the proprietors had to adapt to popular pressure for a more democratic government. In 17xx, the colony became a royal colony and thus had standard institutions of British governance.

[2] This is not to imply unanimity, even among the elite, as is obvious from the anti-slavery activity of John Laurens in the Revolutionary War. Laurens was the son of the leading plantation owner and political leader Henry Laurens.