How Wall Street Is Destroying Our Economy

April 5, 2021—I was very happy to see the recent article by Oren Cass of the American Compass, entitled “We’re Just Speculating Here…, The Rise of Wall Street and the Fall of American Investment.” In a lengthy footnoted piece, replete with informative graphics, Cass documents the ways in which current Wall Street practices have bled monies from investment in the industries we need for economic health, especially over the last 20 years. The article is devastating in its own terms, although they unfortunately remain almost strictly within the financial realm.[1]

This article buttresses the polemic behind the title of my 2019 book on the American System Hamilton Versus Wall Street. I argued that if he were alive today, Hamilton would be Wall Street’s most vigorous opponent.  As I noted in the book’s first chapter, I was referring in particular to today’s Wall Street practices, which overwhelmingly direct our nation’s finances to short-term financial gain and speculation, leaving our physical economy to enter an increasingly destructive decline. Hamilton hated speculation and devised his system for long-term growth of manufacturing and infrastructure, I wrote. 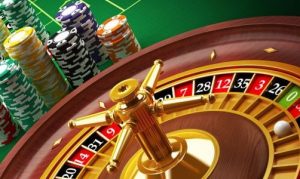 How different is Wall Street speculation from a Vegas casino?

In the rest of this article, I will highlight some of Cass’s strongest points before pivoting to the pressing issue of today: the need for the Federal government to redirect capital flows into a multi-trillion-dollar infrastructure program which will invest in the new technologies needed to revolutionize our productivity and living standards for all.

Just What Is Investment?

The overall theme of Cass’s article centers on this question: what constitutes investment in the economy.  By investment he means “allocation of capital toward the development of new productive capacity—the building of structures, the installment of machines, the creation of intellectual property.” Over the last decades, he argues, such investment has been replaced by various forms of “non-investment.” These are 1) savings; 2) speculating; and 3) controlling.

The first category is characterized by your ordinary stock-purchaser, who creates no value but hopes to gain through the appreciation of the value of the assets he purchases.

The speculator, on the other hand, is simply a gambler, who works on generating a profit by buying low, and selling dear. Recently such gambling has concentrated more and more on non-physical assets such as derivatives. Hedge funds fall in this category. 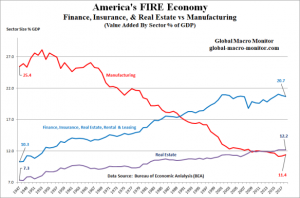 The financial sectors’ growth versus manufacturing.

The third category Cass identifies is the controller, who takes over an entity in order to extract its value, often by shutting down the physical productive activity itself. Private equity funds often fit this bill.

As long as non-investment dominates, the nation will lose its productive capability, as capital is not replaced and new improved technologies introduced. This process is evident in the recent U.S. economy as shown by the decline in productivity, not to mention the decay of infrastructure.

What Are the Corporations Doing?

Cass sees this decline in investment as a fundamental shift in the nature of U.S. capitalism. In effect, private corporations have turned into servants of the financial sector (i.e., Wall Street) instead of the producers they used to be.  He puts them into three categories:

As you might expect from Cass’s thesis, it is the eroder category which is growing like mad in recent decades. One stark example: “From 2008 to 2017, [non-financial-ed.] corporations paid out 100% of their earnings” to shareholders! 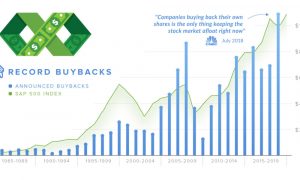 Stock buybacks have ballooned over the last decade, showing a priority to boost stock prices over necessary investment.

The process Cass goes on to describe is what has been elaborated on by others as the “financialization” of the U.S. economy, where making money rather than improving physical and intellectual development of the economy and the population takes priority. I would date this process to a much earlier period than Cass does, but share his barely disguised disgust at the tendency of enterprises to “manipulate and cannibalize” the “real economy.” (the terms are his)

The Role of the Federal Government

The process Cass describes begs the question of the role of the Federal government, including the Federal Reserve, which are charged with the responsibility for providing for the general welfare of our society. The Hamiltonian approach which I endorse and promote involves an active role by the government in regulating and providing credit for the constant improvement and development of the economy.

Indeed, the history of American progress has depended upon such an application of Hamiltonian principles, called the American System of Economics.  As I have described in my series on “Funding Infrastructure the American System Way,” our periods of greatest progress have occurred under U.S. Presidents committed to providing credit for infrastructure, research and development of advanced technologies, and improvements in labor’s living standards and productivity. 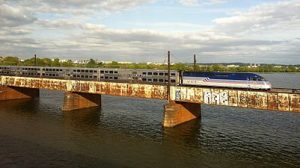 Bridges like this one over the Potomac River show why we need a National Infrastructure Bank.

Cass alludes to one way such Federal support could be carried out when he writes in connection with the huge increase in Federal debt over the recent period: “If the federal government were issuing bonds to finance important long-term investments in infrastructure, basic research, and so forth, this might still be a happy ending.” Unfortunately, he then counterposes such a policy to government spending for what he calls “underfunded entitlement programs.” In fact, the alleged underfunding of programs like Social Security and Medicare is in large part a result of the lack of productive investment in the economy![2]

The use of Federal government bonds to fund a massive infrastructure program is, of course, an immediate possibility today. The National Infrastructure Bank bill HR 6422, introduced in the last session of Congress, proposed to do just that, thus allowing trillions to be invested in a major upgrading of our transportation, energy, and water systems (among others) without adding to the Federal debt.

It is unlikely that Wall Street will endorse such as plan, of course, for reasons which Cass’s article make abundantly clear. Are we going to leave it to Wall Street to decide?

[1] What I mean by this is that Cass avoids referring to the physical consequences of Wall Street’s consequences for the physical economy, such as the state of our transport, energy, and water infrastructure; the poverty rate; and the condition and morale of the population.

[2] Two brief facts to support this assertion. First, Social Security’s Trust Fund would be greatly enhanced under a high wage, industrial economy, as opposed to the low-wage service economy which such a large proportion of our population lives in. Second, increasing the economy’s productivity through the Federal investments cited would provide greater revenues overall, permitting adequate spending on social programs.