Help Us Celebrate Our First Anniversary!

Tomorrow, June 16th, AmericanSystemNow celebrates its one-year anniversary. Over the year we have gradually picked up our pace, and the word is spreading about the resource we provide: an in-depth elaboration of the principles of the American System of Political Economy, and relevant news items seen from that perspective.

But much more can be done. 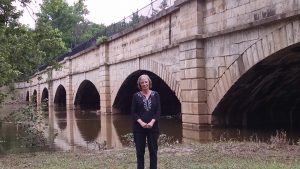 We began this endeavor on June 16 in part because it was the anniversary of the signing of the Glass-Steagall Law, one of the signature policies that a revival of the American System calls for today. Unfortunately, the campaign for Glass-Steagall, and the associated National Bank for Infrastructure, has gotten bogged down in Congress amidst a myriad of hot-button “issues,” even as the real crises of infrastructure breakdown and unsustainable financial bubbles become more and more acute. From this we can only conclude that education as to why a revival of the core principles of the American System, especially on the economic front, must be a very top priority, is more urgent than ever.

We are convinced that expansion of this blog’s readership would be a significant contribution to this process.

We’re asking you to help. Here are some ideas as to what you can do:

Otherwise, you can look forward to a wealth of more articles on the history and principles of the American System in the days and weeks ahead.

P.S. The picture you see with this post was taken a few days ago at the Monacacy Aqueduct on the C&O Canal, one of the great infrastructure endeavors of the John Quincy Adams period. This aqueduct was an engineering marvel, and was completed in 1842. The Canal, of course, had its roots in George Washington’s dream of a Potomac River link to the Ohio; played a critical role in expanding commerce in the first half of the 19th Century and beyond; was a lifeline for the Union troops in the Civil War; and was saved from oblivion by none other than Franklin Roosevelt, who succeeded in getting it preserved as a National Park. It’s a monument to the American System in itself!