Guess Who Insisted on Slavery in Colonial America?

Jan. 30, 2019—Abraham Lincoln was right when he declared that, at the time of the Declaration of Independence and the founding of the Constitution, it was widely expected that slavery was on the wane, and would soon die out. That broad sentiment is actually a matter of public record, but that record has been effectively suppressed.

What that record shows was duly recorded in a later-excised paragraph of the Declaration of Independence. That paragraph, written by Thomas Jefferson as part of a committee with Benjamin Franklin and John Adams, read as follows:

He has waged cruel war against human nature itself, violating its most sacred rights of life and liberty in the persons of a distant people who never offended him, captivating & carrying them into slavery in another hemisphere or to incur miserable death in their transportation thither.  This piratical warfare, the opprobrium of infidel powers, is the warfare of the Christian King of Great Britain.  Determined to keep open a market where Men should be bought & sold, he has prostituted his negative for suppressing every legislative attempt to prohibit or restrain this execrable commerce…

Read that last sentence again, and take it in.  What it refers to is a series of decisions by various colonial assemblies to stop the slave trade and/or abolish slavery altogether taken in the late 1760s or the 1770s, ALL OF WHICH WERE VETOED OR OVERRIDDEN BY THE BRITISH AUTHORITIES! 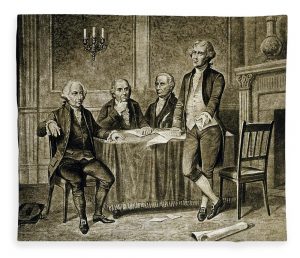 Leaders of the First Continental Congress, which vowed to stop the slave trade.

This blog will soon feature a major article by historian Colin Lowry documenting the fight which was led in pre-Revolutionary America against slavery and the slave trade. Benjamin Franklin was orchestrating an international campaign against slavery that included major political figures in France and England, that started 20 years before the first shots of the American Revolution were fired. But given the current political discourse–which has totally obscured the vigorous battle fought by leading Revolutionaries such as Benjamin Franklin, James Otis, Sam Adams, Benjamin Rush, and, surprisingly, George Mason of Virginia against slavery—I believe it is urgent to quickly summarize a couple of Lowry’s examples, put forward in a recent discussion among friends, right away.

[UPDATE: The first article in Lowry’s series is now available on this site.]

Massachusetts in the Lead

The center of the action against slavery, not surprisingly, was the Commonwealth of Massachusetts, Ben Franklin’s home colony. The anti-slavery tradition had gone back to the 17th century Founders, and was taken up with new vigor in the middle of the 18th, starting with lawyer James Otis. (I leave his story to Lowry.)

In 1767, the General Court of Massachusetts (the equivalent of the House of Representatives) passed a bill “to prevent the unnatural and unwarrantable custom of enslaving mankind in this province and the importation of slaves into the same.” That is, the most representative body in the state called for complete abolition of slavery.

What happened then? The King’s representative, Governor Bernard, vetoed the bill.

In 1768 the same bill was passed again, only to be met with the dissolution of the body by the Governor.

Fast forward to 1771. This time it was the General Court and the Council which took the decision to abolish the slave trade.  The bill was vetoed by Governor Hutchinson.

But the Massachusetts patriots, while escalating their fight against what they saw as the threat of slavery against the American population as a whole, did not give up. In 1773, the House again passed a resolution against the slave trade, only to find it shot down. Then in 1774, the Massachusetts Court escalated, passing a bill that called for total abolition. 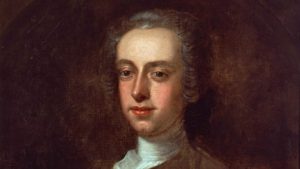 British Governor Hutchinson simply shut down the local government, which was soon replaced by the British Army occupation.

While Massachusetts could perhaps have been expected to be an early fighter against slavery, the agitation was by no means confined to that area. And twice representatives of all the colonies made agreements to shut down the slave trade, as part of the resistance to British Imperial attacks on the colonies.

In both cases, agreements were written by Virginia slave-holder George Mason. The first such agreement was in 1769, as part of the non-importation association created in response to the Stamp Act. Merchants from every colony joined this association, from Massachusetts down to Georgia. The second such agreement was taken by the First Continental Congress in October of 1774, and read:

Second. That we will neither import nor purchase any Slave imported after the first Day of December next, after which Time we will wholly discontinue the Slave Trade, and will neither be concerned in it ourselves, nor will we hire our Vessels, nor sell our Commodities or Manufactures, to those who are concerned in it.

And Then in Virginia

The last case I want to mention in this short summary came in Virginia itself.

In 1767 Virginian Arthur Lee printed an address in the Virginia Gazette to the House of Burgesses calling for the abolition of slavery. The first step toward that end, he recommended, should be to put a heavy duty on the importation of slaves.  While this idea was not taken up immediately, it was reintroduced in 1769 by Richard Henry Lee, and passed.

The action was then suspended by the British Crown as being hurtful to a major source of British revenue. 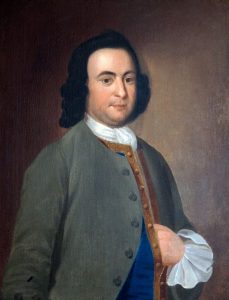 The Burgesses did it again in 1774 after a debate in which George Mason argued that not only should the state not have the slave trade, but that Virginians should not profit from slavery. Confounded by the Crown once again, at the end of 1774 the representatives of ten counties in Virginia got together and issued a call for total abolition of slavery.

The Crown was clearly in no frame of mind to listen. In fact, the War of Independence had already begun.

It Was a Battle

The point of this short salvo is not to say that the American Founders were perfect champions of human rights, including anti-slavery, as they obviously were not. The fact is that there was always a BATTLE between those seeking slavery’s abolition (albeit usually slowly) and those who clung to its way of life. Many American Revolutionaries had a profound understanding that they could not fight against the British Empire without also battling this hideous degradation of human dignity and life, and they fought the good fight.

There’s much more that can and should be said about that battle, but I will leave it to Colin Lowry’s upcoming article.