Dec. 31, 2017—Not every government agency is hewing to the line that the U.S. financial system is secure and thriving. Among the dissidents is the Treasury Department’s Office of Financial Research (OFC), which produced its 2017 Financial Stability Report on December 5. The report has gotten little attention outside a column by Pam and Russ Martens’ Wall Street on Parade , so it is worth further publicity. Read with a discerning eye, the OFC report underscores the fact that an economy which bases its “prosperity” on financial speculation runs the risk of devastating collapse. 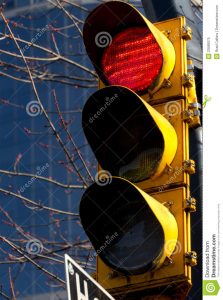 What should also be clear is that the urgent protection required against such a collapse is the firewall of Glass-Steagall, to be necessarily followed by turning the dangerous public indebtedness into public credit to rebuild the physical economy of the United States.

The OFC report is divided into two chapters, one on the Key Threats to Financial Stability, and a Financial Stability Assessment. Under key threats, it identifies three vulnerabilities—1) possible cyberattacks, 2) difficulties “resolving” systemically important financial institutions, and 3) new risky structural changes in the financial markets.

Point two highlights the vulnerability involving derivative trades, the market of speculative betting on all varieties of debts which has run into the quadrillions globally. It was the inability to “unwind” these trades (i.e. get someone to pay) which led to the near global calamity in the LTCM crisis of 1998, and to the devastating blowout in 2007-8, the OFC declares. And there is no indication today that the schemes developed to deal with these trades would work in the case of the failure of a major financial institution.

To quote the understated conclusion:

The treatment of derivatives held by a failing financial firm continues to present a conundrum for policymakers seeking to balance contagion and run risks against moral hazard concerns. Tools for orderly resolution of failing systemic nonbank financial firms remain less developed than for banks, despite the material impact of some nonbank failures in the past and the growing importance of nonbanks, particularly central counterparties (CCPs), in the financial system. 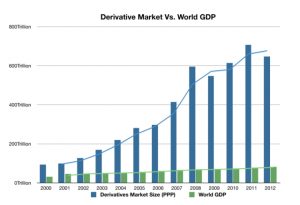 In the second chapter, the OFC utilizes a color-coded stress-index assessment system, which highlights the danger points in the financial system with charts featuring a range for colors from green (low vulnerability) to bright red (high danger). They call the chart the “heat index,” which measures the degree of financial stress with this color coding.

The bright red areas (measured for the middle of 2017) include the following:

These risks, especially item three, are growing. Under the deregulation policy of the current Administration, a financial train wreck is nearly inevitable. And this doesn’t even count the physical economic breakdown which the United States is undergoing—from flood damage to fire damage to a dilapidated transport infrastructure that threatens life and limb of tens of thousands of people every day.