Feb. 1, 2019—Rep. John Larson’s Jan. 30 announcement that he is reintroducing his Social Security 2100 Act is good news.  Larson (D-Conn) was joined by Reps. Conor Lamb (D-Pa) and Jahana Hayes (D-Conn) at his press conference, where he declared that he already has 200 sponsors for his legislation (H.R. 860) to expand Social Security payments and funding over the rest of this century. 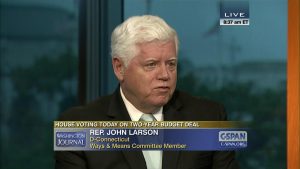 The expansion plan will only work, however, if coupled with a workable plan for a huge upgrade of the American productive economy, beginning with a modernization of its crumbling infrastructure. Fortunately, such a plan is available in the proposed National Infrastructure Bank proposal you can find here on this website.

Larson, who chairs the Social Security subcommittee of the House Ways and Means Committee, expressed optimism that H.R. 860 will move forward, and could even get the support of President Trump, who has so far resisted calls from many Republicans to “fix” Social Security with cuts to benefits. Prospects for a companion bill introduced in the Republican-controlled Senate by Sens. Richard Blumenthal (D-Conn) and Chris Van Hollen (D-Md) are considered dim under current conditions.

Under the title “To protect our Social Security system and improve benefits for current and future generations,” H.R. 860 (text not yet available on congress.gov) is reported to include the following provisions:

1) increase the minimum Social Security payments so that recipients reach the level of 25% above the poverty level; Larson believes this will result in an average 2% across-the-board increase in payments;

2) change the calculation of the cost of living to account for larger medical payments by seniors;

3) increase the payroll tax by 1.2% for employers and employees over a period of 24 years; and 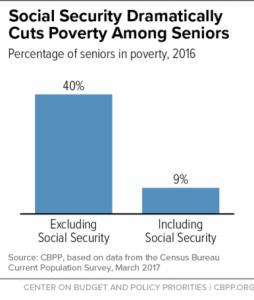 While the Republicans refused to even consider Larson’s proposal when he introduced it during the last Congress, the Democratic victory in the House will ensure that hearings are held in a timely fashion.

Taking on the Fundamentals

Larson’s bill correctly takes on one of the major loopholes in the current social insurance system called Social Security, by moving to lift the income cap on wage earners to $400,000. At present, individuals stop contributing to the Social Security Fund once they make $132,900; this is approximately double the size of the median household income. Under Larsen’s plan, individuals (and their employers) would immediately begin to pay the FICA tax once they hit $400,000, but would still not pay on income between $132,900 and $400,000. Gradually, this gap would be eliminated.

Even opponents of this approach admit that it will help fill Social Security’s coffers for a few more years—despite the fact that changing the cap will permit high wage earners to get larger Social Security payouts when their time comes. Add to this the fact that the Social Security Trust Fund has something in the range of $2-3 trillion in reserve (invested in U.S. Treasuries), and the problem of running out of funds goes farther off into the future. (unless Congress steals the money)

But this financial finagling misses the key point: the health of the Social Security system depends upon the health of the economy which employs the workers who pay into it.  If that economy, like the current one, continues to chisel on wages the way it has over the past approximately 50 years, and if the labor participation rate continues to lag at approximately 63%, the prospects for solvency are bleak. 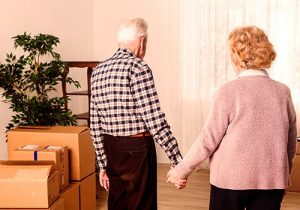 Just to be more specific: According to the Labor Department, more than half the jobs in America pay less than $18 an hour, which amounts to an income of $37,000 a year if one worked 40 hours a week. That’s not enough to support a family. No wonder the Federal Reserve’s May 2018 Report on the Economic Well-Being of U.S. Households in 2017, concluded that about 40 percent of adults said that if faced with a $400 unexpected expense, they would either not be able to pay it or would do so by selling something or borrowing money. The significant job growth in recent years has been heavily concentrated in low-wage employment. And the abstention from the labor force, which reduces the labor participation rate, is heavily concentrated in the younger generation.

Thus, while the rate of growth of Social Security recipients is currently rising rapidly, the nation’s workforce is becoming more and more part-time, low-paid, and struggling. Millions who could work if they got sufficient income and support are dropping out of the labor force, or never joining. All told, that means that the base on which payments into the Trust Fund depends is shrinking—and that bodes disaster.

What’s needed is a revival of the productive base of the economy, starting with building a 21st Century infrastructure in transportation, water systems, and energy. Increase the number of productive workers, raise wages to a livable level, improve the productivity of the economy with modern infrastructure, and tax revenues into the Federal government—including Social Security—will increase without devastating any portion of the population. 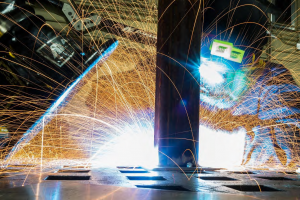 Indeed, there is no solution to any of the urgent social welfare needs of our society without addressing the need to increase the productive powers of labor in the physical economy, as American System  statesmen and economists understood from the earliest days of the republic. The starting point is for the Congress to get out of its penny-ante budgeting games, and create a credit institution—a Hamiltonian National Infrastructure Bank—which will issue long-term credit to states and other institutions to rebuild this country.

With such an institution up and running, we will have put in place a real base of social security for the nation as a whole.