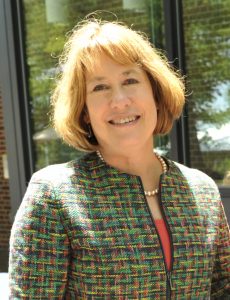 March 25, 2018–Experienced officials of the Federal Deposit Insurance Corporation (FDIC) have made it clear once again: It’s the height of stupidity to further loosen banking regulations.

Former FDIC Chairman Sheila Bair made her comments to Barron’s magazine  on March 1, but they continue to garner coverage in the financial press. In an interview covering the pending Congressional legislation that would, among other things, reduce Federal oversight on 25 of the 38 largest banks in the U.S., and moves to reduce capital requirements, Bair commented that “to loosen capital now is just crazy. When we get to a downturn, banks won’t have the cushion to absorb the losses. Without a cushion, we will have 2008 and 2009 again.”

“The idea we need to loosen up on banks so they can lend more to fuel growth—after a decade of highly accommodative monetary policy, a huge deficit-funded tax cut, and deregulation—is very shortsighted. And it’s not supported by data: Loan growth has exceeded gross-domestic-product growth. There is plenty of debt in the economy. The memories—and lessons—of what drove the crisis are completely being ignored. One outcome of bailing out the big banks was they emerged with a lot of political power.”

She then pointed to the current vulnerabilities represented by growing credit debt, subprime auto loans, and loans for leveraged buyouts, as of major concern in terms of a threatened new crisis.

Bair knows banking risk inside and out. In 1992, as head of the Commodity Futures Trading Commission, she tried to prevent the loosening of rules on energy trading company. Her warnings, which were ignored, were vindicated with the Enron collapse in 2001.

As chairwoman of the FDIC from 2006 to 2011, she was confronted with the problem of how to deal with the imploding banking crisis, and fought a largely losing battle to try to rein, rather than bail out, the “too big to fail” super-banks. When called to testify on the too-big-to-fail banks before the House Financial Services Committee in 2013, Bair told the Committee that she absolutely would restore Glass-Steagall banking regulation if she had the power. Such regulation—the mandated separation of commercial and investment banking–would remove Federal support from bank gambling with depositors’ money, thus taking a giant step toward protecting the banking system from a new breakdown crisis.

During that same hearing, vice-chairman of the FDIC Thomas Hoenig  also expressed his support for restoration of Glass-Steagall regulations. While he has backed away from such straight-forward advocacy in recent years, Hoenig has been vocal in objecting to loosening of some regulations. He told the Wall Street Journal in December that he opposed the provision in the recently passed Senate bank dereg bill (S. 2155) that would create exemptions for smaller banks on the Volcker rule (banks trading on their own account).

As of this writing, however, according to The Hill, the House Republican leadership is still refusing to give its approval to S. 2155, insisting instead that it be amended with many more provisions that would loosen regulations. If the House sticks to this plan, S. 2155 may die a well-deserved death.