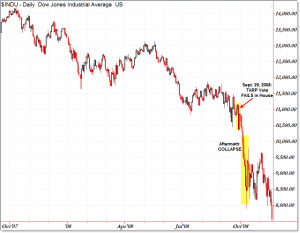 May 26, 2018—The pace of deregulation coming from the Trump Administration, and the U.S. Congress, is stunning. And it runs directly contrary to the principles of the Federally-backed credit system which Alexander Hamilton established, called the American System. Here are three prominent examples (many more are likely hidden in the weeds of the government bureaucracy):

As former Wall Street banker and financial historian Nomi Prins put it recently, “this will not end well.” Just as the shutting of the Second National Bank, the “roaring Twenties” of speculation, and the overturning of Glass-Steagall were followed by major blowouts of the U.S. economy and financial system and widespread human misery, so the lack of regulation—and a positive policy of credit for economic development–will have extremely negative consequences today.

The time is urgent for Americans to study the American System.