April 14, 2018–Former Vice-Chairman of the Federal Deposit Insurance Corporation (FDIC) Thomas Hoenig issued what might be his final public warning against disastrous risk in the deregulated banking system on April 2. On that day, the last of his term, Hoenig spoke with S&P Global Market Intelligence and sharply criticized the recent easing of rules on leverage and proprietary trading by Federal legislation. 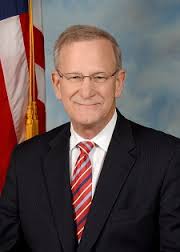 Hoenig took aim particularly at Congress for the role which it played in creating the 2007-8 crash, and is playing today to weaken the system. Asked about Congressional oversight, Hoenig said:

I will tell you personally that I think of the number of deregulatory actions that Congress took … the elimination of Glass-Steagall, for example—when they do that they have a certain responsibility for the outcome as well.

When the interviewer then asked if the Glass-Steagall repeal caused the crisis, Hoenig replied:

I don’t think Glass-Steagall repeal was a cause. But did it contribute? Sure. Because what you did is allow the mixing of banking and investment banking which had the effect of bringing the investment banks into the safety net. The argument given for doing that was making them more competitive. But in effect, you have the banking industry, with deposit insurance and access to major liquidity, and the investment banking broker/dealer business outside of that and you say “now you can both do that.”

He went on to say that the new Senate rules, which exempt banks’ funds parked at the Fed from being counted in the leverage ratio, are “actually weakening the system because those institutions are major depositories for other institutions. It is paramount that they be thought of as sound in a financial crisis. And we learned from the last crisis that because they also were highly leveraged, people wondered if they were solvent as well. So we ended up guaranteeing tens of billions of dollars on these institutions…. And I think that’s wrong. It’s an error.”

Congress Has the Responsibility

Hoenig’s warning is the last of a long series given repeatedly over the last year against various aspects of the Trump Administration’s deregulation push. (He was also critical of the Obama measures in previous years.) He has taken on the loosening of trading rules, the practice of stock market inflation through corporate buybacks, and, most fundamentally, the subsidization of bank speculation by the elimination of Glass-Steagall firewall protections.

One of his strong statements came June 12, 2017 in the Wall Street Journal, under the title “No More Welfare for the Big Banks” . And while he’s backed away from explicitly demanding re-imposition of Glass-Steagall, that stance appears to be a pragmatic accommodation to what he sees as “political realities.”

Hoenig is absolutely right, however, to press Congress to act. Congress has the legislation before it in both the House (H.R. 790) and the Senate (S. 881) to protect the commercial banking system and the public, by re-instating Glass-Steagall now—before the next crash.