May 29, 2018- Congresswoman Marcy Kaptur just released a petition on her campaign website, calling on voters to tell President Trump to live up to his campaign promise, and reinstate Glass-Steagall. 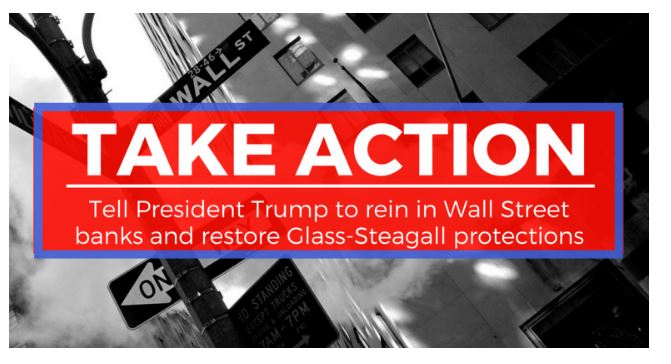 Kaptur is the originator and lead sponsor of HR 790, the Return to Prudent Banking Act, which was reintroduced into the 115th Congress on Feb. 1, 2017.

As previously reported on this blog, this bill will break up the big banks, protect consumers from the risky behavior of mega banks, and restore Glass-Steagall protections. The bill currently has 57 co-sponsors.

Congresswoman Kaptur reminds voters that President Trump, in 2016,called for a 21st Century Glass-Steagall law and she says, “ We need President Trump to live up to his campaign promise and side with Main Street Americans, not Wall Street.”