Feb. 2, 2019—Rep. Peter DeFazio (D-Or), Chairman of the House Transportation and Infrastructure Committee, will convene his first hearing on the nation’s infrastructure needs on Thursday, Feb. 7.

According to the announcement on the Committee’s site, the hearing is entitled “The Cost of Doing Nothing: Why Investing in Our Nation’s Infrastructure Cannot Wait”. “The hearing will examine the current state of the Nation’s highways, bridges, transit systems, ports, and airports, the trillion-dollar backlog of maintenance and repair needs, and the increasing costs of Federal inaction,” the announcement reads.

As Roll Call reported Jan. 30, DeFazio plans to raise such potential crises as the potential failure of the rail tunnels under the Hudson River; a failure of the tunnel under Baltimore that was built during the Civil War; and the possible collapse of two bridges, one 89 years old and one 60 years, over the Columbia River during an earthquake. 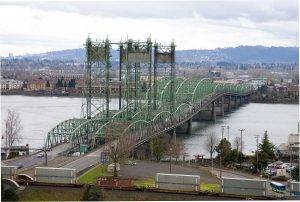 DeFazio’s focus on infrastructure was reinforced this week by the issuance of a letter from the Blue Dog Coalition of Democrats calling on the Democratic House leadership to focus on solving the nation’s infrastructure collapse. The Blue Dogs describe themselves as “an official caucus in the U.S. House of Representatives comprised of 27 fiscally-responsible Democrats, who are leading the way to find commonsense solutions. They are pragmatic Democrats, appealing to the mainstream values of the American public. The Blue Dogs are dedicated to pursuing fiscally-responsible policies, ensuring a strong national defense for our country, and transcending party lines to get things done for the American people.”

The statements from both DeFazio and the Blue Dogs demonstrate that they are thinking of pilot projects and measures such as “congestion pricing” of toll roads, rather than new construction projects utilizing state-of-the-art technology such as magnetic levitation, new high-speed rail projects, and building major water infrastructure in the many cities where the pipes are over 50 years old. Even with a very limited agenda, both are expressing extreme caution about the cost.

What’s missing is the FDR approach, demonstrated in his Reconstruction Finance Corporation, and proven to pay for itself over the long-term, both in increases in productivity and in loan repayment. The National Infrastructure Bank proposal which can be found here on this site, addresses the financing issue without demanding major new government spending. The question is, what will it take to put this “common-sense” solution on the Congressional agenda?