Congress Is Still Abdicating Its Responsibility for Disaster Aid

Jan. 17, 2018—Every Congressman and Senator—not to mention top members of the Federal Administration–swore an oath to defend the U.S. Constitution when he or she took office. That means a commitment to defending the lives and liberty of the entire U.S. population: in sum, its general welfare.

Yet, according to all available reports, Congress is poised to once again pass a funding bill that ignores the ongoing life-threatening disasters created by Hurricanes Harvey, Irma, and Maria last year, as well as the wildfires in California. An $81 billion bill passed by the House in December is being held up in the Senate. It would provide much-needed funds to FEMA, HUD for Community Development Block grants, and the Army Corps of Engineers, plus an assorted number of other programs.

Congress is abdicating its duty to the nation, and humanity. 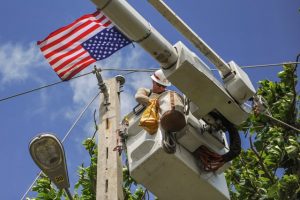 The Puerto Rico situation, as I covered in my last post on this subject, is by far the most dire, with an estimated 40-45% of the Island’s residents still without electricity. This means that the thousands of Federal personnel on the Island must continue to deliver food and water to those who have no safe supply. Materials ordered months ago to rebuild the antiquated electric grid have just begun to arrive from the mainland in major bulk, and the Army Corps engineer predicts the power will not be fully restored until May. The needed supplies—including tens of thousands of utility poles, 6000 transformers, and a huge of amount of wire—had to be manufactured, and it’s taken over four months!

Meanwhile, an estimated 300,000 Puerto Ricans are now living in Florida as refugees, adding to the costs from Hurricane Irma’s hit to the state in September. While Florida’s power is, by all available accounts, largely restored, there is ongoing suffering from the destruction of affordable housing, unremoved debris, and damage to waste- and potable water infrastructure.

As for the Houston area, hit by Hurricane Harvey in late August, Gov. Abbott just today extended his declaration of disaster for the 60 counties hardest hit. Thousands of people are still living in makeshift housing, due to the destruction of their homes, and the necessary infrastructure for water and even electricity is missing in many small towns. There are two Houstons, as one resident put it: those who escaped serious damage, and those who were totally devastated by the Hurricane. Texas officials are looking for Federal aid to build infrastructure to prevent a recurrence of such a disaster. 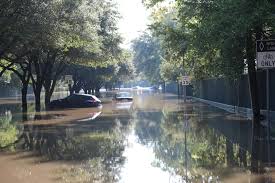 Congress’s responsibility lies not only with the immediate short-term disaster funding, of course, but more fundamentally on setting up the financial prerequisites for dealing with the U.S. infrastructure disaster as a whole. Reinstating Glass-Steagall and establishing a National Infrastructure Bank for Manufacturing will put us on the path to invest in long-term solutions, not throw money at disasters after the fact.

It’s time Congress, and the American people, recognized once again the difference between the American System of credit (which the above measures represent), and the Wall Street-rigged money game that has brought us to this point. Read the Infrastructure Bank proposal on this website, and the history of Hamilton, Lincoln, and FDR’s long-term economic development programs. They built our country, and we have to do it today.