(March 7, 2021–The following article is reprinted from Asia Times, which published it on March 5, as part 4 in a series entitled “Watch out! Biden wants to save the planet!” I consider its approach coherent with that I put forward in my recent post on nuclear energy, as well as highly informative. Subheads have been added. — Nancy Spannaus)

President Joe Biden has set goals of achieving 100% carbon-free electricity production by 2035 and reducing net CO2 emissions to zero by no later than 2050 in the United States.

From a technical standpoint, it is certainly possible to reduce the net emission of carbon dioxide by human activity to zero while boosting the productivity and prosperity of the world economy at the same time. 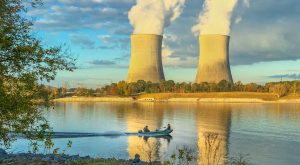 The Watts Bar nuclear plant in Tennessee is run by the TVA.

This goal can be achieved entirely, or nearly entirely, using technologies that either already exist or are within reach. We can combine: 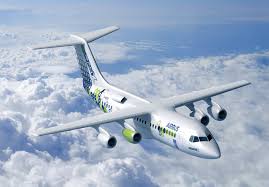 An electricity-powered Airbus in flight

Breakthroughs in high-temperature superconductors could enhance this zero-emission scenario – among other ways by permitting a drastic increase in power-to-weight and power-to-size ratios of electric motors and generators. Electric aircraft engines could become much smaller, lighter and more powerful.

There are many other considerations, but I shall pass over them here.

Most importantly: Given sufficient support for research and development in the context of large-scale infrastructure investment worldwide, ending the era of dependence on fossil fuels could be accomplished without austerity and with a minimum of coercive measures by governments. The major drivers would be higher efficiency, lower costs, and competitive advantages.

This would be a natural process if guided by rationality rather than quasi-religious belief in a coming “climate apocalypse.”

While climate changes can have serious effects, this is no time to commit economic suicide. Strong economies are better equipped than weak ones to deal with climatic changes and natural catastrophes. And stronger economies can better afford to invest in advanced technology, as well as measures to enhance their resilience.

The Chinese leadership is correct in adopting a pragmatic approach. Alongside its investment in so-called renewable energy and in nuclear power – both by far the largest of any country – China presently has no reasonable choice but to continue its massive buildup of the fossil fuel sector.

The same holds for all rapidly developing nations. They will gradually move out of fossil fuels, as this becomes economically advantageous, but probably not in a rush. Meanwhile, Biden has set the goal to eliminate all use of fossil fuels for electricity generation in the US by 2035.

At present, about 60% of electric power in the US is generated by combustion of coal, gas, and petroleum. Fifteen years from now all of that should be gone, replaced by “100% clean” sources of electric power. 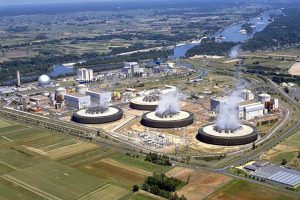 Many regard this goal as completely unrealistic. There is a relevant precedent, however: France’s mobilization to expand its nuclear power plant capacity in response to the oil crisis of 1973.

Within 15 years the percentage of electricity generated from nuclear plants rose from 7% percent in 1975 to over 75% in 1990. France currently has the lowest electricity prices in Western Europe – about 40% lower than those of Germany and Denmark, the leaders in wind and solar energy.

Given the will, and by reviving what is left of its nuclear industry, the US could accomplish the same thing, or better, today. Advanced-generation nuclear fission reactors promise to be far safer and cheaper than the aging French and American plants designed 40 years ago.

Fusion could be much better, insofar as it avoids many of the drawbacks of fission. It might possibly be brought on line inside a 15-year horizon if the US were to launch a crash program like the Apollo moon-landing program of the 1960s.

During his electoral campaign, Biden himself likened his mobilization for “clean energy” to the Apollo program. With some luck, we may even get cheap, compact hydrogen-boron fusion reactors or dense plasma focus reactors, which produce virtually zero radioactivity

To their credit, President Biden and, to a lesser extent, Vice President Kamala Harris have declared their support for nuclear energy. Nuclear fission power already accounts for 20% of US electricity production.

The specific targets for the agency were to include, among others, “advanced nuclear reactors that are smaller, safer, and more efficient at half the construction cost of today’s reactors.” In fact, already under Trump the Nuclear Regulatory Commission and other US agencies began taking steps to facilitate the introduction of small modular reactors.

At this point, it looks like the Biden administration may actually invest significant resources into nuclear energy, including fusion. If this happens it will assuredly produce results, including the potential for the US to once again be a leading exporter of nuclear power technology. 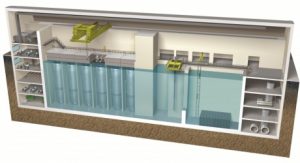 Particularly encouraging is the role of private companies and private investors in developing innovative reactors. Practically all of these possess built-in “passive safety” features that rule out serious accidents, such as the one that occurred in Fukushima.

However, there is considerable ideological opposition to nuclear energy in the left-wing of the Democratic Party and presumably in the Biden administration itself. Add a powerful lobby of interests connected with so-called renewable energy sources, which stand to lose from an expansion of nuclear power.

Mounting an all-out effort to expand nuclear power within the 15-year horizon of Biden’s announced “100% clean electricity” goal, along the lines of what was done in France, would not be easy politically. The Biden administration would have to fight for it. On the other hand, it could gain nonpartisan support, given that 70% of the American population is favorable to nuclear energy.

There is also a good chance that private-led efforts, supported by government, can come up with fission or fusion systems able to produce electricity so cheaply that they would be commercially unstoppable.

Failing that, and without a forced buildout of nuclear power, Biden’s alternative will be either to abandon the 2035 target, or subject the country to the kind of horror scenario we have been witnessing in California.