An American System Mindset for 2021

Jan. 1, 2021—The transition to a new year is a traditional time for in-depth reflection on the state of our nation and ourselves, and this year, it is more urgent than ever. A huge portion of our citizenry, faced with the horrors of the pandemic, unemployment, opioid deaths, and social conflict, is desperate to find the mechanism for escape to “normalcy,” whose disappearance they blame almost exclusively on the Trump administration. An almost equal number is consumed with fear of the changes that might come from a new Administration so strongly identified with failed administrations of the recent past. Both approaches will fail, unless they deal with the mindsets which have created the existential problems we face.

Norris Dam, the first to be completed by FDR’s TVA

What we need is an American System mindset, a way of thinking aimed at creating the economic, social, and political conditions in which our posterity will thrive. The last Administrations that demonstrated this approach were those of Franklin D. Roosevelt and John F. Kennedy. The question before us is whether we can revive that outlook, and apply the necessary principles before our disasters get much, much worse.

This is, in fact, the only way in which we can heal ourselves and the nation.

American System economist and political organizer Mathew Carey hit the nail on the head in 1819, in a series of essays addressed to a group of Philadelphia industrialists. Carey was writing in the midst of a serious economic crisis which followed on the heels of the devastation caused by the War of 1812, a war which saw political divisions as deep as those we experienced during the Vietnam War. Thus, he chose to discuss political economy.

“Political economy shall be the subject of these essays,” he wrote. “In its broad and literal sense, it may be fairly styled the science of promoting human happiness; than which a more noble subject cannot occupy the attention of men endowed with enlarged minds, or inspired by public spirit.” 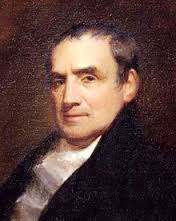 Carey goes on to outline major aspects of that science, which he takes from Alexander Hamilton’s Report on Manufactures. He begins with the necessity for industry as “the only sure foundation of national virtue, happiness, and greatness,” and the need for government to protect and promote it. That government action includes providing the necessary credit (national banking), infrastructure, and financial incentives.

It is impossible for a nation to “suffer any great or general distress, in its agriculture, commerce, or manufactures (wars, famines, pestilences, and calamities of seasons excepted) unless there be vital and radical errors in its system of political economy….,” Carey concludes.[1]

Such “vital and radical errors” are precisely what have caused our current disaster. Bit by bit, following Kennedy’s assassination, we have pursued a “post-industrial” paradigm, abandoned government support and regulation of banking, downgraded investment in science, and reaped the predictable results of miserably low productivity, diseases of despair, rampant poverty, and an infrastructure on the edge of collapse. When faced with a pandemic, we find ourselves without the resources to save lives.

Our economic policy is now effectively held hostage to Wall Street, which measures success in ever-higher stock prices and bonuses, not growth of prosperity or even the health of our citizens. Every aspect of the economy is “financialized” to yield a profit, often with the lowest possible outlay of cost (e.g., the gig economy). Maintenance is cut, 100-year-old lead-contaminated water mains are “repaired” rather than replaced, and hardly any consideration at all is given to those 50 to100-year long-term investments in water, transport, and energy infrastructure that would actually create a bright future for our country. 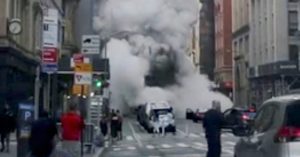 The mentality created by this system of political economy infects us all. Faced with the need to replace a decaying tunnel, for example, whose collapse could kill thousands, and cripple the economy, we fixate on how much it will cost. Didn’t Hamilton, Lincoln, and FDR teach us that investing in upgrading our infrastructure and educating our people “pays back” much more than it costs in the prosperity, productive capability, and happiness of our country?  Doesn’t our very humanity revolt against the idea of measuring every decision, now including whether we can afford to save lives in the midst of this pandemic, in dollars and cents?

Why won’t our Congress challenge this outrageous mode of operation? Why don’t we? Because we and they lack either the knowledge, and/or the courage, to correct the errors in our political economy.

Not once, but twice the U.S. Constitution commits our Federal government to “promote the general Welfare,” first in the Preamble, and second, in Title 1, Section 8, which elaborates on the powers of the Congress. The meaning of that commitment was made crystal clear in the writings and actions of First Treasury Secretary Hamilton, when he established a national bank to promote industry, agriculture, and commerce, and argued for Federal actions to protect and/or subsidize essential industry, to build necessary infrastructure, and to promote the arts and sciences.

The Watts Bar nuclear plant run by the TVA.

Such a commitment requires investments that will increase the wealth of the nation in the long term, not provide short-term profits or savings. That’s what FDR did with his Rural Electrification program, to name just one example, which was financed by the Reconstruction Finance Corporation but over time paid for itself. Ditto for the Tennessee Valley Authority (TVA) project which transformed that malaria-infested valley into a prosperous model for the world. It’s what JFK did with the Apollo program which cost a huge amount of money from the Federal budget, but paid the money back many times over by creating new technologies and a more skilled workforce, not to mention a sense of scientific optimism that we so desperately need today.

All these leaders had to fight for this policy against enormous opposition. Today we need to demand that our leaders do the same.  So, educate yourself on the American System by reading Hamilton Versus Wall Street.  Get involved with the fight for a Hamiltonian National Bank for Infrastructure.

With an American System mindset, we can not only defeat the present crisis, but win the future we need.

Nancy Spannaus is the author of Hamilton Versus Wall Street: The Core Principles of the American System of Economics. For more on the book, see my new youtube channel.

[1] For more on Carey’s revival of Hamilton, see https://americansystemnow.com/the-indispensable-role-of-mathew-carey/.