March 31, 2018—President Trump’s firing of the Secretary of Veterans Affairs David Shulkin on March 28, is an ominous sign that proponents of privatizing the medical care system for veterans are gaining the upper hand. Should privatization occur, it would be a violation of principles which were part of the American System approach to governing from the earliest days of the Republic. 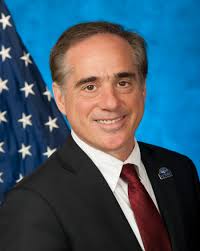 Former Secretary Shulkin himself, who came into the Veterans Administration as undersecretary under Obama and was appointed Secretary in the early days of the Trump Administration, has been outspoken on his resistance to privatization. In an oped published in the New York Times the day after his firing, he wrote:

The advocates within the administration for privatizing V.A. health services …  saw me as an obstacle to privatization who had to be removed. That is because I am convinced that privatization is a political issue aimed at rewarding select people and companies with profits, even if it undermines care for veterans….

The private sector, already struggling to provide adequate access to care in many communities, is ill-prepared to handle the number and complexity of patients that would come from closing or downsizing V.A. hospitals and clinics, particularly when it involves the mental health needs of people scarred by the horrors of war. Working with community providers to adequately ensure that veterans’ needs are met is a good practice. But privatization leading to the dismantling of the department’s extensive health care system is a terrible idea. The department’s understanding of service-related health problems, its groundbreaking research and its special ability to work with military veterans cannot be easily replicated in the private sector.

Indeed, despite the well-publicized problems of the VA system, its network of 170 Medical centers and 1063 outpatient centers provides an indispensable source of high-quality, affordable care to the more than 9 million veterans in the United States. The Veterans Administration came into being in 1930 as a response to general neglect and unrest, and under FDR, the commitment to Veterans was seen as part of the renewed commitment to providing for the General Welfare of all, as the Preamble of the Constitution demands. (For a fuller story, click here.