Oct. 8, 2019—What happens when a Chinese company takes over an abandoned American factory in the Midwest? That’s the subject of the Netflix film American Factory, which was shown yesterday at the headquarters of the Alliance for American Manufacturing (AAM), AAM President Scott Paul noted that the documentary raised more questions than answers. He was right.

American Factory is a series of vignettes, arranged to tell the story of what happened when the Chinese Fuyao group took over the Moraine assembly plant in Dayton, Ohio, which General Motors closed in December 2008. Because the filmmakers were granted extraordinary access to Fuyao’s workings—including company board meetings—the film is multi-faceted, presenting the points of views of many of the participants. Some of those points will enrage the viewer; others will elicit sympathy, even for the Chinese investors. There is enough material here to allow the viewer to get beyond a simplistic “good guys/bad guys” narrative.

But the bigger question which looms over the entire film lies beyond the story of this plant and its workers: Why was a Chinese company the only one that was prepared to step into the gap left by the GM closure?  Where was American capital? Why, in a country which still relies so heavily on vital infrastructure built in the FDR era and earlier, would the U.S. government consent to the layoffs of millions of skilled workers across the country during the 2008-9 financial crisis, without launching a major investment program to employ them at living wages rebuilding the country?

The answer was presented by one of the participants in the discussion after the film in two words: Wall Street. For as long as investment decisions are being made by the high-rolling speculators on Wall Street, this nation and its workforce are headed for disaster. There is a long American tradition of challenging that financial class and regulating it for the benefit of the public good. It is that tradition which I trace and explicate in my book Hamilton Versus Wall Street, and which needs desperately to be revived today.

A Part of the Story

While I can’t do justice to the nuances of the film in this report, I do want to highlight some of its striking revelations.

The story of Fuyao’s purchase of the old GM plant begins with hope. Dayton had been devastated by the loss of the Moraine Assembly plant (2400 workers), and no company moved in to take its place from 2008 to 2014. Thus, when the Fuyao group announced the intent to establish Fuyao Glass America in 2014, starting with 1000 employees, workers in the area thanked their lucky stars. The fact that Fuyao planned to pay lower wages (only one example is given in the film, of a woman going from $29/hour to $12.84), than they had received at GM, did not dim the workers’ relief and excitement.[1]

The one sour note arose at the plant opening in 2016, when Ohio Senator Sherrod Brown spoke of the prospects for the workers forming a union. The reaction of the Chinese managers was apoplectic, and the Fuyao Group president who was on the scene—Cao Dewang­–was caught on tape saying, “If a union comes in, I’m shutting down.”

As the plant opens and begins to expand production, the film chronicles the tensions arising from the Chinese push for efficiency, which many of the American workers (generally being supervised by Chinese workers) considered to be breaches of safety or back-breaking. Chinese supervisors, and President Cao, are shown denigrating the Americans’ work ethic, compared to Chinese devotion to “getting the job done.”  (This is some of the enraging part.) These tensions culminate in the workers’ attempt to form a union.

The Chinese managers—who have by now largely taken over from the original American ones—meet the union challenge with firings, a wage increase, and indoctrination. Ultimately the vote results in a 2 to 1 defeat for the United Autoworkers Union.

Interspersed into this story are vignettes which show a more sympathetic picture of the Chinese workers, and even President Cao. They form friendships with the Americans; they question their own sacrifice of family life for efficiency. They are warm and generous to American visitors. And they keep expanding the factory.

The filmmakers break from their documentary style at the end, to feature discussion at the Fuyao plant about automating workers out of their jobs, as well as projecting huge job losses from automation in the U.S. economy as a whole over the next 30 years.

This is misleading, at best. The reality is that automation will relieve workers of mind-numbing and physically harmful repetitious work, and permit them to take more skilled jobs – as long as the economy as a whole is expanding.  That expansion is not a matter of choice: Without a huge expansion of manufacturing to supply the materials needed to repair, revamp, and upgrade our transportation, energy, water, and health systems—for starters—the American economy is headed for disintegration. 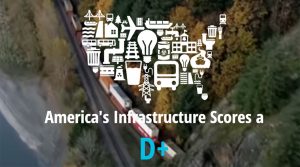 In that expansion, there is undoubtedly a place for cooperation between Chinese and American companies—as well as other nations in the world. But that cooperation must include the United States returning, very rapidly, to an American-System-style industrial policy, based on government-backed credit, high wages, and a commitment to lifting the living standards of the nation as a whole.

[1] It should be noted that such wage cuts were going on through American companies, in the name of “saving the plants”, for years before the 2008 crisis.