May 2, 2021—The second part[1] of Hamilton advocate Marianne Als’s video documentary on the life of Alexander Hamilton (The “HamilStory”) is now available. Entitled “The Pragmatic Visionary: Foundations for the New Nation,” the hour-long video provides an in-depth picture of the First Treasury Secretary’s policies for building a unified nation based on developing its manufacturing, commercial, and agricultural potential. What emerges is a powerful glimpse of Hamilton’s American System of economics.

Als’s narrative, accompanied as usual by appropriation selections of classical music, and amply documented with quotations and images from original documents, provides the near-perfect introduction to Hamilton’s career and significance in the formation of our nation. It picks up in 1789 and runs through the patriot’s assassination in 1804. 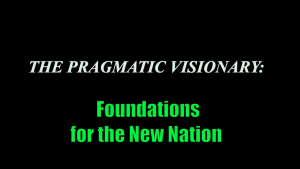 Because of its stress on Hamilton’s vision for a prosperous, industrialized United States, equal among nations, it far surpasses the equal-length two-part series by PBS produced in 2006 as a presentation of Hamilton’s contribution to our history.

Most Americans are taught that Hamilton’s opponent Thomas Jefferson was the quintessential visionary among our nation’s Founding Fathers. I beg to differ. Jefferson’s vision of our future was in many respects an empty, rhetorical one. But as Als’s title implies, Hamilton not only had a grand vision, but a commitment to put it into practice (pragmatically, as she puts it), and it is due to the success of his ideas that the United States prospered and played such a positive role in the world.

Als devotes nearly half an hour to detailing Hamilton’s concept of building the nation, and how he successfully fought to put it into action. It’s easy to get so caught up in the story that you miss the incredible amount of evidence she has marshalled to support it.

For example, in presenting the argument for how transparent Hamilton was in conducting the business of the Treasury Department, Als shows sections of newspaper articles which detail, line by line, the payments which Hamilton had made. And when discussing the National Bank and the establishment of the Mint, she shows images of the myriad of state notes which those national instruments replaced, thus greatly easing the flow of credit and commerce across the separate states. 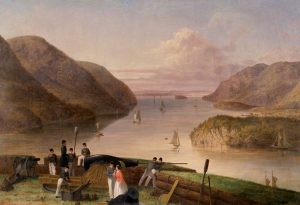 A number of other fascinating details stood out for me.  One was the lending record of the Bank of New York, which Hamilton helped found in 1784: it turns out to have been a major funder of the War of 1812 and the Erie Canal. Even more stunning was the revelation that Hamilton purchased the land for the West Point military academy in 1791!  But when Hamilton and Knox, the Secretary of War, brought up the issue of establishing the Academy at a Cabinet meeting in 1793, none other than Thomas Jefferson vetoed the project. (In 1802, Jefferson then gets credit for the Academy’s establishment.)

Als uses quotes from Hamilton himself somewhat sparingly, but those she provides are to the point.  On the National Bank: “Public utility is more truly the object of public Banks, than private profit.” On Manufacturing: “To cherish and stimulate the activity of the human mind, by multiplying the objects of enterprise, is not among the least considerable of the expedients, by which the wealth of a nation may be promoted.”  On Aaron Burr: “If we have an embryo-Caesar in the United States, ‘tis Burr.”

While these statements were familiar to me in my own work on Hamilton’s political economy, presented in my book Hamilton Versus Wall Street, there were two particularly poignant ones in the Legacy section at the end with which I want to leave you. 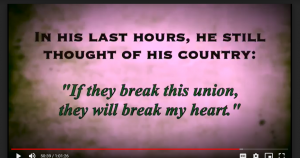 Als quotes one of Hamilton’s last utterances, which biographer Ron Chernow considers a “fitting epitaph.” According to his close friend Gouverneur Morris, the dying Hamilton was still consumed by concern for the fate of the nation which he had given so much of his life to create: “If they break this union, they will break my heart,” he said. Indeed, the issue of preventing a breakoff of New York with the Northern states was at the center of Hamilton’s effort to prevent Burr from becoming Governor of New York State.

The other quote comes from a letter from Hamilton to his close friend John Laurens at the conclusion of the war. “We have fought side by side, to make America free, let us hand in hand, struggle to make her happy.”

Hamilton did indeed struggle to make his fellow Americans happy, by fighting to give them a political economy that would put them on the road to unity and progress.  Far too few Americans understand that truth. It is to be hoped that more will come to realize it by watching this latest video documentary by Marianne Als.