A Review by Nancy Spannaus

The Financial Programs of Alexander Hamilton, by a Farmer’s Daughter

Nov. 17, 2021—In her fifth book on Alexander Hamilton, Dianne L. Durante has undertaken a monumental task: dissecting the financial reports and programs of Treasury Secretary Alexander Hamilton in terms a layman can understand. By sticking to the texts, she succeeds in avoiding many of the usual pitfalls of Hamilton authors, such as presenting him as a copycat of the British financial system. She also provides abundant information on how well Hamilton’s financial system functioned to bring the young United States out of its precarious economic and political situation in the 1780s. 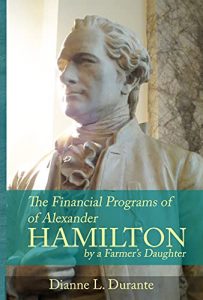 Yet I could not escape the sense that something was missing. On reflection, I identified that “something” as the central conception which motivated Hamilton to work tirelessly to create our nation’s financial architecture. Durante describes Hamilton’s purpose as follows:

Hamilton’s aim in proposing these programs was first, to promote a federal government that was limited, but energetic enough to protect rights; and second, to promote a diverse economy run by individuals pursuing their own interests and happiness. (p. 184)

But in my view, Hamilton was not just a brilliant problem-solver, balancing the people’s demands for political freedoms and economic prosperity; he was a revolutionary visionary dedicated to building a new kind of nation. That nation was to be a flourishing agro-industrial republic that could not only defend its independence and freedoms but unite its people in an ever-more-prosperous nation state. His principles formed the basis of a new American System of political economy, which became the envy of the world.

Thus, the specific elements of his system were all devised to support this nation-building goal, ranging from the consolidation of the nation’s war debts, to the creation of the National Bank, and the plan to develop the nation’s manufactures. As with the Preamble to the Constitution, the guiding purpose was all-important.

That said, Durante’s discussion is interesting and informative in many respects, and highly readable. And there aren’t many places you can find all of Hamilton’s reports, plus context, published in one volume without paying an exorbitant price.[1]

The device which Durante chooses to explicate Hamilton’s program is the concept of the Gordian knot,[2] which was the subject of a famous story about Alexander the Great cutting through a seemingly unravelable morass. Americans in the post-Revolutionary War period were faced with five “threads” of such a knot, which constituted an economic crisis that had to be solved, she argues. It was up to Hamilton to try to resolve them. 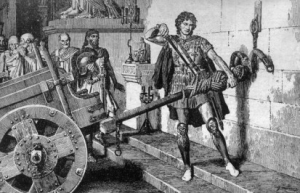 The five threads were: 1) difficulties in making a living in the war-devastated new nation; 2) the centrifugal tendency of the states, threatening disunion; 3) inadequate money in circulation; 4) lack of government revenue; and 5) massive government debt. Unless these problems were all addressed successfully, there appeared little hope that the United States would survive.

In the bulk of the book, Durante examines each of Hamilton’s programs from the standpoint of how they addressed and potentially solved or failed to solve these problems. She also discusses how Hamilton’s life prepared him to deal with these problems, noting his early experience in business, his study of political economy, and activities in bringing the new nation into existence.

As she proceeds, Durante includes relevant commentary by Hamilton’s critics and supporters at the time, as well as citations from Hamilton’s writings themselves. She also constantly advises her readers to delve into the full documents themselves, which are included in full as an appendix, edited with frequent subheadings provided by Durante, to ease the process along.

Durante’s conclusions of Hamilton’s success are well-documented. There was no doubt that by 1801, the ability of individuals to make a living was vastly improved (and taxes reduced); that government revenues had greatly increased; that the establishment of sound public credit had made the debt manageable; and that there was sufficient money in circulation. The most problematic area remained the centrifugal tendency of the states, which, despite the relative prosperity, was being stoked by tensions over the French Revolution and the heated opposition of the Jeffersonians to the Hamilton program.

In fact, Hamilton’s core principles of political economy remained a matter of fierce contention, all the way up to the present day. Advances were made toward his vision when the country was governed by Hamiltonians like John Quincy Adams, Abraham Lincoln, and FDR. But in between, Hamilton’s policies were undermined to disastrous effect.

As I argued in my book Hamilton Versus Wall Street, I consider Hamilton’s Report on Manufactures to be his seminal document, because it provides the greatest depth of his vision of the nation he sought to build. It also had one of the greatest impacts on the future, both in the United States and internationally. From that standpoint, this groundbreaking report gets short shrift in Durante’s narrative. 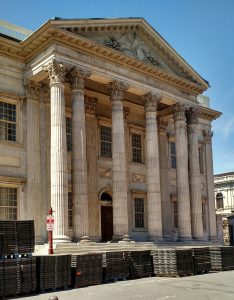 Durante’s treatment of Hamilton’s National Bank proposal also fails to capture the broader significance of this institution, I think. She credits the bank with increasing the money in circulation, but to me, the importance of the First Bank of the United States cannot be understood without an emphasis on the following broad statement, which she does not quote:

…it is one of the properties of Banks to increase the active capital of a country … by contributing to enlarge the mass of industrious and commercial enterprise, banks become nurseries of national wealth: a consequence, as satisfactorily verified by experience, as it is clearly deducible in theory. (emphasis added)

The bank did this by establishing a system of economic growth based on credit, both public and private. Hamilton put it this way in his final official report, A Defense of the Funding System (1795):

But Credit is not only one of the main pillars of the public safety—it is among the principal engines of useful interprise [sic] and internal improvement. As a substitute for Capital it is little less useful than Gold or silver, in Agriculture, in Commerce, in the Manufacturing and mechanic arts….

The BUS was to be a commercial bank, with a prime purpose of building up the nation’s economy. This would be possible because of its relatively huge capital base, which was largely comprised of Federal government debt; thus, Federal credit was facilitating the growth of the private economy, in order to enrich the nation, much beyond simply allowing it to pay its debts. Under the Second Bank (modeled on the first), the bank’s lending went further by investing in vital infrastructure as well as lending to private enterprise.

This function contrasts with that of the Bank of England, for example, which is widely cited as Hamilton’s model.[3] Durante usefully debunks the idea that the BUS is like the Federal Reserve (see pp. 130-131), but she could just as well have done so with the British banking system.

Durante’s treatment of Hamilton’s intellectual relationship to European economists is also another weak point in my view. It is crystal clear that the Report on Manufactures represents a head-on attack against Adam Smith’s explicit insistence that the American states not adopt a policy of promoting industry. While not mentioning Smith’s name, Hamilton gives a full summary of Smith’s anti-manufacturing argument at the very outset of the report, before launching his counterargument. But in discussing Hamilton’s ideas in relation to Smith, Durante does not mention this. 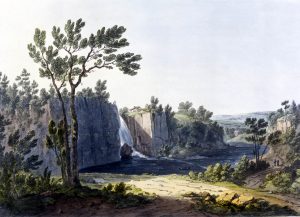 Durante concedes that Hamilton was not an advocate of laissez-faire, but adds that this is “somewhat disappointing.” Why? Because, she writes, it wasn’t until 1817 that Ricardo rebutted the idea that free trade would fail if other nations didn’t reciprocate. Of course, that rebuttal was vehemently opposed and contested by subsequent Hamiltonians like Mathew and Henry Carey, as I think it would have been by Hamilton himself.

In discussing what economic school Hamilton could be placed in, Durante gives three alternatives: the physiocrats, the mercantilists, and Adam Smith.  She wisely says it can’t be known. But she erroneously concludes that he promoted the growth of “laissez-faire capitalism.” Rather, Hamilton is best understood as the founder of a unique school of economy, the American System, which combined the principles of European Cameralism (see “Explore the Roots of the American System“) with those of a democratic republic. I have elaborated on those principles in my book Hamilton Versus Wall Street: The Core Principles of the American System and believe they must be restored today.

[1] Back in 1964, Harper & Row published a small paperback of “The Reports of Alexander Hamilton” which has been my go-to source for many years. Cost $1.95! Little context, but very accessible.

[3] For a counter to this analysis, see Forrest McDonald in his biography of Hamilton.