July 12, 2018–A couple dozen people gathered at the Alexander Hamilton memorial in Weehawken, New Jersey last night, to start several days of celebration of the life of the murdered Founder.  He was killed on July 11, 1804 in a site just down the cliff from the memorial. 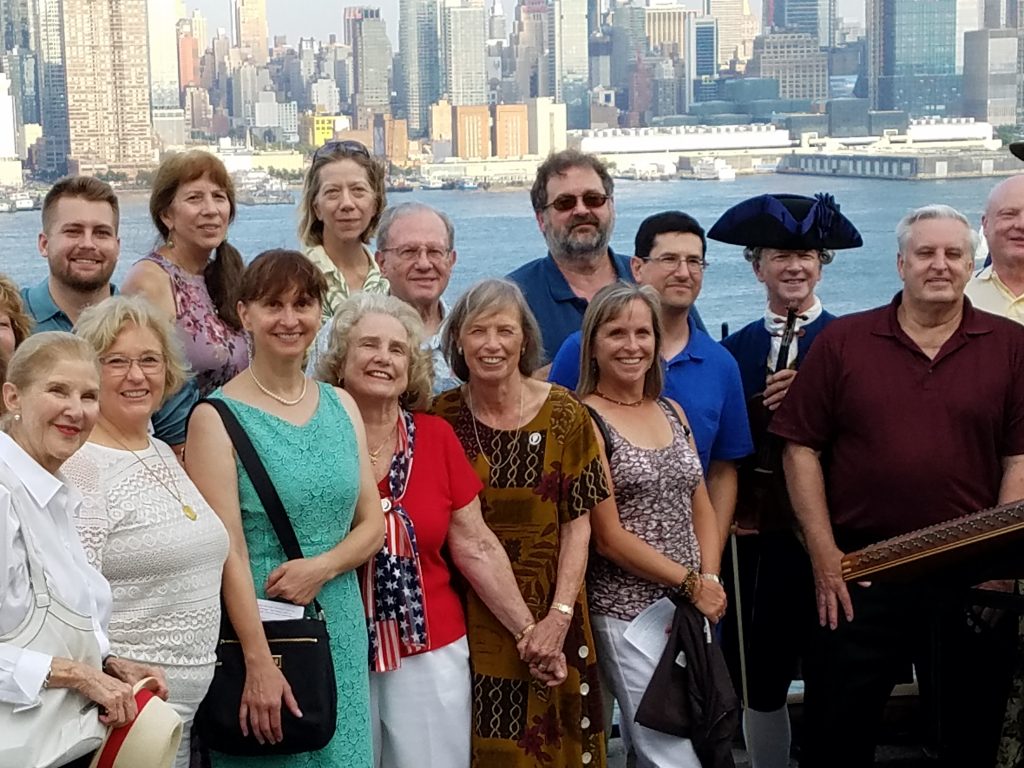 The highlight of the event was the presentation of several period songs by Anne and Ridley Enslow, shown here. Among them were two soldiers’ songs, one of which was sung by Hamilton at a meeting of the society of the Cincinnati one week before his death. His assassin Aaron Burr also attended that meeting. 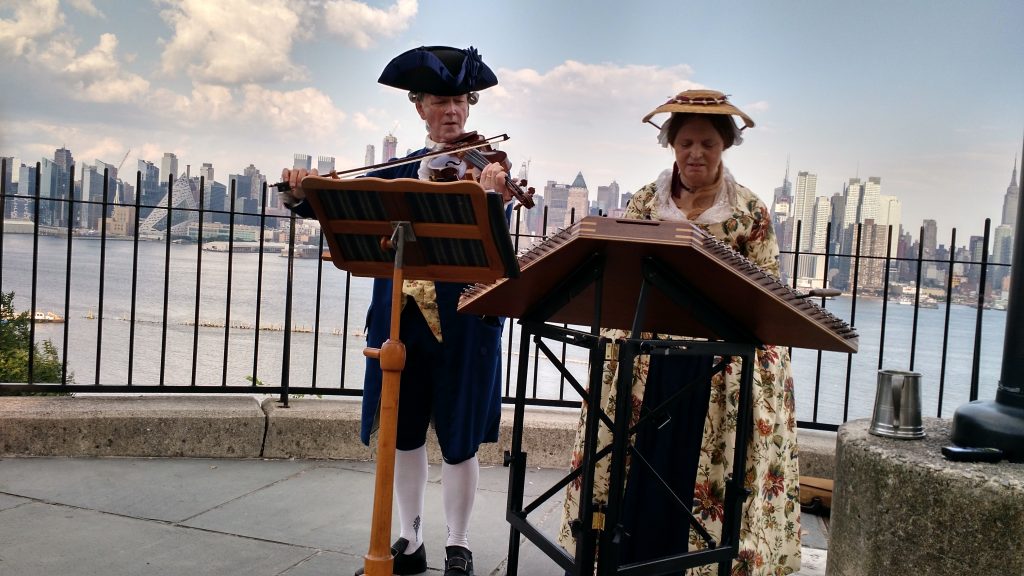 The AHA society holds a series of events around July 11 every year. Today’s events will include a graveside ceremony at Trinity Church near Wall Street, and a lecture by Hamilton scholar William Hogeland.

I will be able to give you firsthand reports, as you can see. 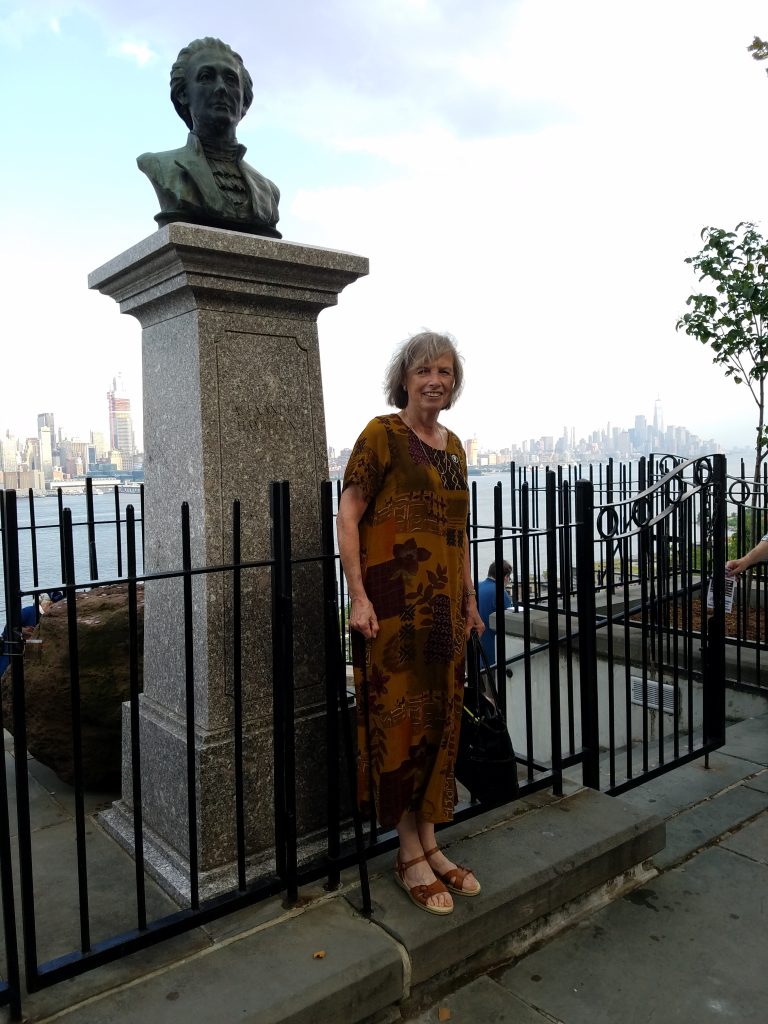