May 24, 2021—Did you know that 12 nations on the African continent are currently exploring prospects for vastly improving their energy systems by building nuclear power plants? Lawrence Freeman, editor of the blog AfricaandtheWorld, has just published a report on the progress that’s being made. Africa is choosing nuclear power to create a better future for its people. Americans and European in the “advanced” countries could draw a lesson from them. 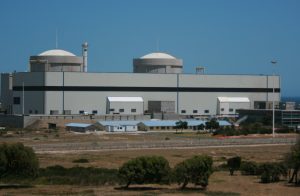 South Africa’s nuclear plant, the only one on the continent so far.

In a post entitled “Nuclearize Africa: It Is Necessary to End Poverty and Hunger,” Freeman introduces an article by author P.D. Lawton, creator of the website africanagenda.net. Lawton’s argument is straightforward: nuclear power is necessary to give Africa “the power to industrialize and reach zero poverty.” Freeman writes in agreement:

Let us be blunt: African nations will not achieve true stability, peace, and democracy until poverty and hunger are eliminated! From decades of examining the physical economies of Africa, I can say with complete authority, as long as large sections of the population of African nations are desperately attempting to simply survive and find ways to feed their families every day, there will not be peace, security, and democracy.

Abundant and inexpensive energy, with 100% access by the population and industry is the bedrock of any successful economy. Sub-Saharan Africa (SSA) needs minimally, 1,000 gigawatts of additional energy. A gigawatt is 1,000 megawatts. SSA presently has a mere 100,000-130,000 megawatts-100 to130 gigawatts. All forms of energy generation must be employed to power African economies. However, even clean hydro-electric is limited by the flow of water, as we have witnessed recently in energy shortages in Cote d’Ivoire and Ghana.

Nuclear energy is the most efficient form of power society currently operates. The technology is well known and safe. Delaying the construction of nuclear powers across the African continent will only contribute to more misery and death for Africans. Thus, nuclear energy should become an increasingly larger portion of new energy for African nations, beginning today!

Where the Action Is

As Lawton notes, the only nation in Africa which currently has an operational nuclear power plant is South Africa. Plans for expanding that country’s nuclear fleet have been the subject of vigorous contention for years, but the present government has expressed a commitment to move forward to build new plants.

A crucial element in this decision, and that of the other nations pursuing a nuclear future, has been the policy of Russia and China to build nuclear plants on the energy-starved continent and elsewhere.  Russia’s Rosatom currently is licensing 50 reactors in 19 countries, while China is supporting 4, with 16 on the horizon. It remains to be seen whether the United States will join this effort, in the wake of a 2020 decision by the Federal government to permit funding of nuclear exports by the Overseas Private Investment Corporation.

Thanks to the initiative of President Eisenhower with Atoms for Peace in the 1950s, there are 12 research reactors in Africa; they are situated in Algeria, Egypt, Libya, DRC, Morocco, Nigeria, and South Africa. South Africa, with its prominent role in the world`s nuclear arena, plays a critical part in nuclear research and technology world-wide. 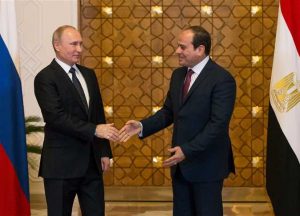 Lawton’s article reviews recent developments to go nuclear in six African countries: Ghana, Kenya, Zambia, Uganda, Nigeria, and Egypt. In this article, I will restrict myself to reporting on the situations in only two, Ghana and Egypt.  For the rest, I recommend you read Lawton’s article.

Ghana: The Ghana case is unique, in that it first launched its intention to go nuclear in 1961, basically at the time of its independence. President Kwame Nkrumah, with the support of U.S. President Kennedy, started the Kwabenya Nuclear Reactor Project in 1961. Unfortunately, the plan was abandoned. Ghana’s development of its hydro power, however, has led to it having one of the highest rates of electrification on the continent; it was 85% in 2019. Sub-Saharan Africa has the lowest rate, with 57% of the population without access to electricity.

The administration of President Akufo-Addo has put nuclear back on the agenda. In 2015 the Ghana Atomic Energy Commission (GAEC) called on the International Atomic Energy Agency (IAEA) to conduct Phase 1 of a feasibility study. This phase has been passed and Ghana is now on Phase 2.

Egypt: In Egypt, plans for the first commercial nuclear plant have gone beyond the planning stage: site preparation has begun while the plant awaits its final permit. Lawton reports that the El Dabaa nuclear power plant is expected to be operational by 2026. It is situated 300km from Cairo on the Mediterranean where desalination plants will provide water for cooling. Russia is financing the project with the Egyptian government. Rosatom will design and construct the facility. The agreement between Russia and Egypt was signed in 2015.
Rosatom is implementing cutting-edge technology third generation VVER-1200 reactors. El Dabaa nuclear power plant will have four of these reactors which will have capacity of 4,800MW (4.8GW). The plant will meet 50% of Egypt`s electricity needs. 100% of Egyptian households have electricity.

The completion of the plant will fulfill aspirations first enunciated by President Nasser back in the 1950s. 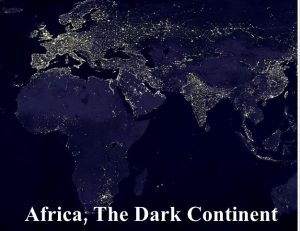 Lawton concludes his article with a statement which we in the United States should take to heart, because it makes a valid point not only for Africa, but for the entire world:

Nuclear power in Africa means so much more than creating energy. It means more than powering every household 24 hours a day, powering heavy manufacturing industry, the creation of thousands of highly skilled jobs, a financial asset as energy can be exported and sold; nuclear for Africa means putting African economies on an equal footing with the developed world and qualitative changes which will allow the eradication of poverty.

Expanding nuclear power is not important merely for “catchup,” however. The full argument is beyond the scope of this article.  But suffice it to say that it is a vital step toward even cleaner, more efficient power production, thermonuclear fusion, making possible an even brighter future for every person on this planet.  The African nations preparing to go nuclear are infected by this vision of a better future, the same kind of vision that we in the United States used to project to the world.  Let’s join them.