A Critical Battle to Save Nuclear Power

April 11, 2019—The state of Pennsylvania is currently the front line in a critical battle to save the nuclear power industry in the United States. In the face of the potential shutdown of plants at Three Mile Island and Beaver Creek, some legislators are fighting to save them by adding nuclear energy to the list of “carbon-free” sources of electricity. This would allow the nuclear companies to receive state subsidies (as solar and wind do now) and give them a new lease on life. 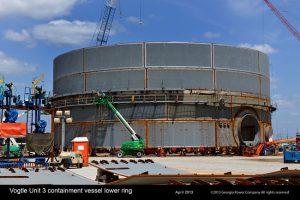 Vogtle nuclear plant 3 is currently going ahead in Georgia. But what about the current plants?

Connecticut, Illinois, New Jersey, New York, and Minnesota have already included nuclear as an option in their legislation for “green” energy. But, based on the power of the anti-nuclear lobby and its misinformation, more than half the states exclude nuclear as a “clean” energy source. They are de facto subsidizing solar and wind.

The tremendous damage which would result from shutting down Pennsylvania’s nuclear plants, which produce 43% of the state’s electricity and 93% of its “zero-carbon” electricity, should be obvious. Nuclear power is the cleanest, most efficient source of electricity, works 24/7 every day of the year, and provides thousands of good-paying jobs directly (just in Pennsylvania), not to mention the indirect benefits.

Former Pennsylvania governor Ed Rendell has recently enlisted in the fight, with an op-ed admitting that he made an error when he did not fight to include nuclear in the sources of carbon-free power sources during his governorship.

In a presentation on the state of the nuclear industry March 26, Nuclear Energy Institute head Maria Korsnick (a former nuclear engineer) reported on the dramatic strides which the industry has made in increasing its capacity utilization, and thus lowering operating costs. She also previewed the new generation of small modular reactors which promise whole new safety systems, versatility, and cost-savings. The biggest cost saving, of course, would be mass, standardized production, something the United States is currently in no position to carry out.

Korsnick emphasized how many former nuclear opponents are now recognizing the necessity for saving the nuclear industry, ranging from the International Panel on Climate Change, to the Nature Conservancy.

But even as innovation is being pushed by bipartisan coalitions in Congress, the anti-nuclear lobby is threatening to ensure the shutdown of 12 currently operating plants over the next few years.  Saner heads must prevail, if the U.S. economy is to return to the levels of productivity and progress that concern for the general welfare demands.